Castle 6-6 Preview: Get a Clue 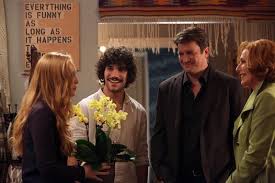 I know I’m here to talk about Monday night’s Castle, but I’m still living in the glow of last week’s. So give me a few moments to talk about it.

I mean, seriously, how great was Joshua Gomez as the time traveling suspect? He was intense when he needed to be, but he was also so seriously funny, too. I knew he’d be great, but this was much better than I was expecting. It just might be my favorite episode of the show ever. This week’s episode has a hard act to follow.

But it sounds like they are trying since we’ve got another light, fun one on tap. The main plot is going to involve a murder that is going to take Castle, Beckett, and a gang off on a wild ride that writers compare to National Treasure or The Da Vinci Code. I’m always up for a fun caper, so this should be a good episode.

On the serious side, Castle and Martha will be going to visit Alexis and Pi in their new home. I have no clue where they are going with the Pi storyline, but I wish they’d develop him more. I mean he’s a fairly one note one joke character at the moment. I realize he just has a scene an episode if he’s lucky, but we did get a glimpse of something deeper in him. I’d like to see that just so when Alexis does break up with him, we feel something. I think it’s an opportunity wasted.

I’ll be comment more on this particular episode Tuesday night over at Carstairs Considers. Please pop over and share your thoughts.