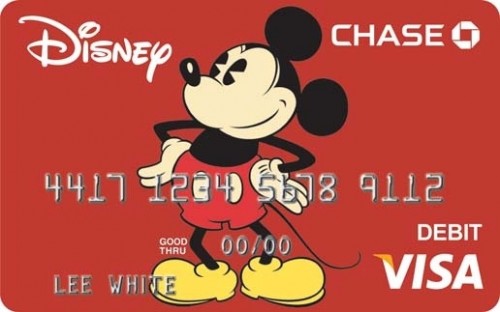 Okay Disney fans. You’ve seen all those Disney Visa kiosks springing up like mushrooms around the parks? Yeah, it’s definitely a blight on the parks. But if I told you Chase was going to give its cardmembers access to a previously exclusive area of the parks, would you make that trade?

That’s the choice you get during the Epcot International Food & Wine Festival. As the presenting sponsor for the marquis culinary event, Chase will offer debit and credit cardholders, including Disney Visa® Cardmembers, exclusive access to the Chase Lounge at the Festival.* The lounge, which will be located on the third floor of the American Adventure Pavilion within the Epcot World Showcase, offers an inviting space to relax, enjoy complimentary beverages, electronic charging stations, and other amenities exclusively for Chase customers. The lounge will be open daily during the Festival from 11 a.m. to park close.

“We greatly value our 10-year relationship with Disney, which is why we’re thrilled to be the presenting sponsor of the Epcot International Food & Wine Festival again this year,” said Robert Belan, general manager, Chase. “The festival is one of the most renowned events at Walt Disney World and attracts Chase customers from across the country and visitors from around the globe. The lounge for cardholders is ideally located within the heart of the festival and gives us the ability to create a truly unique and special experience for all Chase cardholders attending the event.”

The sponsorship of the Epcot International Food & Wine Festival extends Chase’s relationship with Disney that began more than 10 years ago with the introduction of the Disney Rewards® Visa® Card. Last year, Chase launched the Disney Visa® Debit Card and also the Disney Premier Visa® Card, which offers Premier cardholders the ability to earn 2% in Disney Dream Reward Dollars for card purchases at gas stations, grocery stores, restaurants and most Disney locations, such as Walt Disney World Resort, the Disneyland Resort, Disney Cruise Line® and Disney Store. I know a couple folks who fund most of their vacation this way.

All Disney Visa Cards offer access to perks 365 days-a-year when visiting Walt Disney World Resort and the Disneyland Resort, including a Character Meet ‘N’ Greet at a private Cardmember location and special savings at Disney’s U.S. Theme Parks and Disney Store locations and DisneyStore.com. Cardholders can also choose from various magical card designs featuring some of the most beloved Disney Characters.

Disney fans who are interested in Disney Visa Credit Cards can apply online or by visiting kiosks located at Epcot, Downtown Disney area and Magic Kingdom Park. I guess they come in handy after all.