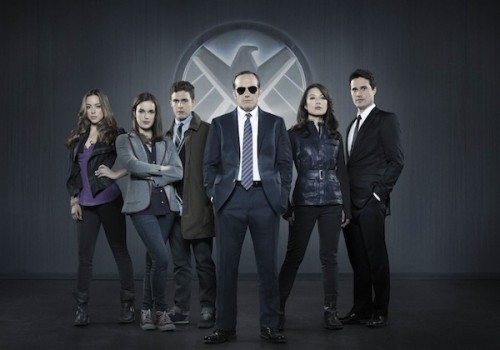 Tuesday marked the premiere of the most highly anticipated show in television history – at least by me. I have been a huge fan of The Avengers franchise since the beginning and I’ve had a man crush on Agent Coulson from the moment he threatened to taze Tony Stark and watch Super Nanny.

So let’s talk about episode one shall we?

The show opens with long shots of L.A. and Skye’s voice over giving us the background info we need. Basically, after we were attacked by aliens the world went crazy – makes sense.

We also meet Michael (played by veteran to Joss Whedon T.V. shows, J. August Richardson) and his son, Ace. They have a touching moment right before the building beside them explodes.Michael reveals that he has super strength as he scales the building and saves a woman from a fiery doom.

Skye sees the whole event and records it on her phone.

Next, we fly to Paris to meet Agent Grant Ward as he is searching for a Chitari neural link. He gets into a bit of a tiff with some goons from the group known as The Rising Tide who also want said neural link. He returns to S.H.I.E.L.D. and gets debriefed by Maria Hill (Cobie Smulders reprises her role very well).

Then comes the moment we’ve all been waiting for – the return of Agent Phil Coulson.

We learn that after he was stabbed he stopped breathing for eight seconds (or forty seconds depending on who’s telling the story) but they were able to revive him and use his perceived death to push the Avengers to become Earth’s Mightiest Heroes. Coulson then spent time in Tahiti while he recovered.

Hill and Coulson then introduce Ward to his new mission – superheroes. At this point, the doctor comes in, which is significant for two reasons:

1) He is another veteran to Joss Whedon T.V. – Ron Glass a.k.a. the Shepherd in Firefly.

2) He and Hill present what is probably the biggest question of the episode: What actually happened to Coulson after he died?

Meanwhile, Skye has been following Michael around and finally approaches him at a diner. This scene is about Skye trying to protect Michael from S.H.I.E.L.D. but it is also the first time we get to see her personality, which is a lot of fun.

Then, we are in a dark cubicle where Coulson is approaching Melenda May to the team’s driver. And by driver, he means pilot. 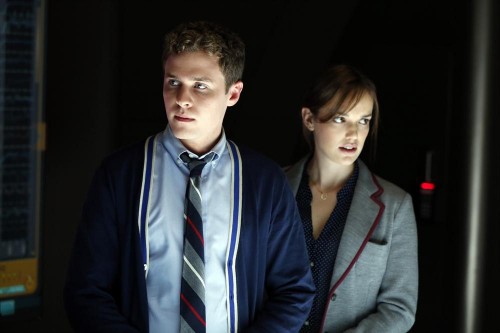 On the plane, Ward meets Agents Fitz and Simmons, the tech team who seem to have an intense brainwave connection. When they get on a roll, you just have to sit back and wait for them to reach their conclusion.

Skye’s voice over comes back, threatening S.H.I.E.L.D., but it gets interrupted by Coulson and Ward who grab her and take her back to the plane for interrogation.

The interrogation doesn’t go as planned, at least for Ward. In an attempt to gain Skye’s trust, Coulson injects him with a truth serum and tells Skye that she can ask Ward anything she wants.

The most important piece of information that came out of the interrogation is that of the centipede technology, which is what gives Michael his super strength. It was created using everything we know has already created the other heroes: gamma radiation, the super soldier serum and even extremis – which, if you’ve seen Iron Man 3, you know is a problem. Michael is basically a time bomb.

In the meantime, Michael returns to his old boss, hoping to get his job back. The conversation goes south quickly and ends when Michael attacks his boss with a new determination that he is a “good guy” and everyone who tries to keep him down is a “bad guy.”

He then goes to the hospital to visit the woman he saved from the burning building. The woman, it turns out, is the doctor who gave Michael the centipede tech. She convinces Michael that he needs to disappear in order to protect both of them.

So, he goes back to Skye and kidnaps her, knocking May out in the process.

Now the team has to find Michael before he, literally, explodes destroying everything and everyone around him.

They end up at Union Station and the inevitable fight ensues between Michael, Couldson’s team and someone that seems to be connected to The Rising Tide and the doctor in charge of the centipede. Coulson and Michael end up in a stand off until Ward shoots Michael with a weapon created by Fitz-Simmons that will keep him from exploding while also not killing him.

The episode ends with Coulson extending an invitation for Skye to join his team as they, literally, fly off in Lola toward their next mission.

I really loved this episode and am really looking forward to seeing it play out. It gave us quite a few questions to answer, but still told a complete story.

What happened after Coulson’s death?
Why was May reluctant to join the team?
What is Skye’s backstory?
Who is the Rising Tide and what do they have to do with the centipede tech?

What were your thoughts on the episode?

My favorite quote: “Welcome to Level Seven. Sorry, that corner was dark and I couldn’t resist. I think there’s bulb out.”