“The Neighbors” returns strong…Give it a Chance! 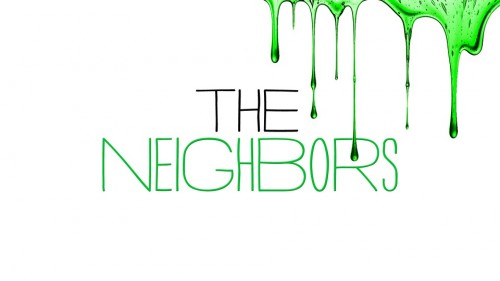 About a year ago, when “The Neighbors” premiered on ABC, most thought it would be the first show cancelled of the TV season. It was consistently loathed by critics. Then the show received a full season order…then a season 2. The hatred did turn into love by most critics by the end of the season, thanks to 4th wall breaking, pop culture references, musical numbers and fantastic comedic acting.

It quickly became one of my favorite shows last year, so when it received a season 2, I was stoked. I had the opportunity to check out the premiere the second season recently and I was dying of laughter. Season 2 starts with Larry Bird and Jackie Joyner-Kersee celebrating the Weavers 1 year anniversary of living in their community. When the try to continue the celebration outdoors, they see Reggie Jackson and Amber Weaver making out…all heck break loose! We are then introduced to the underground bunker system the aliens have under their house as they go to the conference room, where all family tensions are broken. A cameo from Jerry Springer adds to the hilarity of the episode.

My favorite quote of the night, by far, was Jackie’s when discussing where they were a year ago “That was when we thought ‘Smash’ would last forever.” Being able to reference a current show like that subtly, yet still hilariously is a fantastic characteristic of “The Neighbors”.

Yes, you might have seen the horrible reviews and steered clear of the show, but really…give it a chance! It is my favorite comedy on television right now.

Do you watch “The Neighbors”? Are you going to give it a chance? Was the Smash joke as funny to you as it was funny to me?! Let me know in the comments below. I leave you with the Emmy-nominated, Alan Menken written, musical number featured last season. Until next time…Have a Magical Day!

4 thoughts on ““The Neighbors” returns strong…Give it a Chance!”