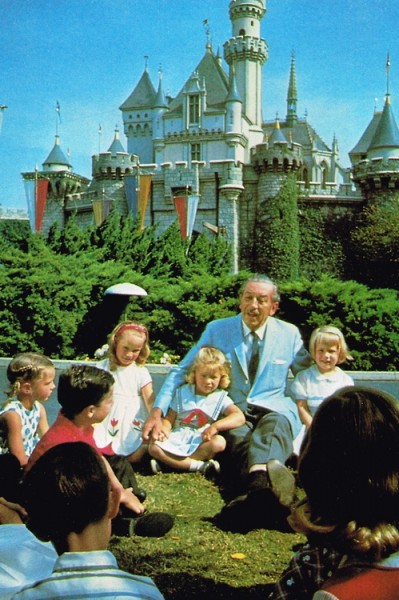 Earlier this summer, I was a few days away from my first trip to Disneyland in 8 years when a last minute family reunion was scheduled. Family comes first, so, barring some miracle, my reunion with Walt’s park will have to wait at least another year. Previous to this stretch, the longest I had been absent from the park was my four years of college. That was rough. This is awful. I really miss Disneyland something fierce, but I can find some solace in Walt Disney World.

FoxxFur who writes the excellent Walt Disney World focused Passport2Dreams blog, has spent the last year at Disneyland, and boy am I jealous. She has written another one of her insightful treatises with this one a comparison between Disneyland and WDW.

Perhaps the thing that struck me most impressively as a local was that I finally understood the one component of Disneyland’s appeal to Southern California residents that cannot be appreciated as a tourist: the sense of difference. Los Angeles has been a big city for a long time. You can pull up photos of almost any neighborhood from 1940 on and see a lot of the things you see in LA today: tall buildings, wide streets, pollution. Inside Disneyland, you see almost entirely things you don’t see elsewhere in the area: cute, tiny buildings. Structures made of wood, even logs. Spreading trees. Rivers with boats on them. Castles. This is the secret extra ingredient that Disneyland has that Walt Disney World does not. By the time you get into any theme park in Florida, you’ve already been brought so far down the rabbit hole of the fantasy world that it’s not really a huge shock to step onto Main Street. But when you have to drive down I-5 in bottleneck traffic, park in a concrete bunker, then schlep across a mall from 1998, stepping onto that tiny, cute, intimate Main Street is like a shot in the arm. I’m at Disneyland. It makes it that much harder to leave at the end of the night, knowing that you’ll be driving back through an urban hell scape to get to wherever home is. It makes the return that much more satisfying.

Read the whole thing. You won’t be disappointed.