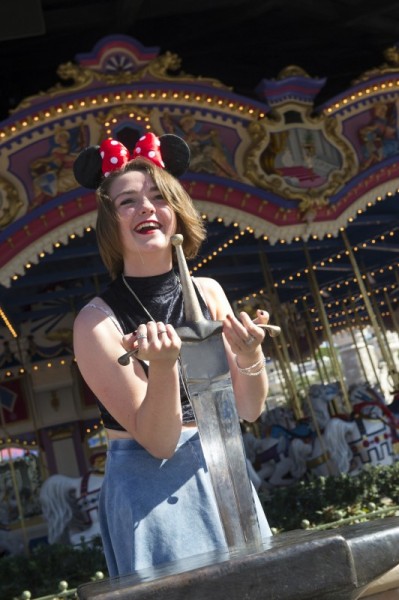 One does not simply pull the sword from the stone at the Magic Kingdom. But it is just one of the many fun things celebrities get to do when they visit Disney on vacation. During her visit at the end of August, 16-year old Maisie Williams, who portrays Arya Stark on the HBO series “Game of Thrones,” pulled the sword from the stone at Magic Kingdom in Walt Disney World. The English actress has starred on the award-winning series since its premiere episode. I hope everyone kept their heads.