The Advantages of Park Hopping 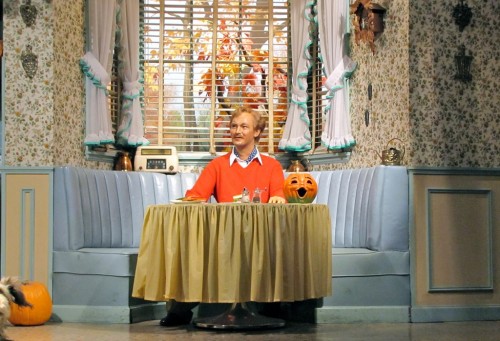 I’ll admit it right now: I’m a park hopper. Sometimes I’ll spend less than two hours in a park before I’m off to greener pastures (usually Epcot, because I want to eat) and then I visit a third park before the night is out.  A hopper lets me join friends in another park if I want or do extra magic hours in the Magic Kingdom then head over to Animal Kingdom before it gets to crowded.  Without question, it’s the most convenient ticket option, but I can understand why some people wouldn’t want to add it:  hopping takes up valuable park time and it’s expensive, at about $60 per ticket.  So is the extra cost worth it to you?

One of the biggest reasons to add the hopper option to your ticket is flexibility.  I know that this is blasphemy to say among Disney people, but I don’t want a ten page spreadsheet where I’ve planned out every detail of my trip months in advance. I want to be free to make changes as I go, based on everything from how I feel to what the weather is like that day.  I can do that with a hopper, but without one, I’m absolutely committed to staying in that one park, especially if I have dining reservations. Think about it this way.  Say you’re the type of guest who makes your dining reservations six months in advance. You know you want to eat at the Brown Derby, which is located in Hollywood Studios, but you also know you want to visit Hollywood Studios on a night when Fantasmic is offered. This means you can only eat at the Brown Derby on a certain night that week but as it turns out, that was the night you planned on staying at the Magic Kingdom because it was open until 1:00 am!  If you had a hopper, it’s a non-issue:  Just leave after Fantasmic and head over to the Magic Kingdom–you’ve got the best of both worlds. Without the hopper, you’ve got to choose one or the other.

Another benefit of having a hopper is that you can leave one park for another, not because you’re bored or ran out of things to do, but because it’s too crowded. I find this to be especially true on days when extra magic hours are offered in the morning. I might want to take advantage of the first couple of hours, but then leave as more guests arrive, as these days are usually high attendance days.  With phone apps that can tell you what the wait times are in another park. I can easily leave for someplace less crowded. Without it, you’re stuck and you have to rely on plans you made months in advance.

Of course, the arrival, whenever that may be, of Fastpass+ and MyMagic+ might change this equation. When you do make switch to the new system of advanced Fastpass+ reservations you’ll only be able to use Fastpass+ tickets at one park per day. So you can park hop, but you will have to ride standby at every attraction. Disney clearly hopes that you’ll be enticed to stay in that one park for the whole day while you take advantage of your reservations.

Hopping doesn’t work out for everyone, but it can be a great way to simplify your trip. What about you? Do you park hop? If so, what are the advantages you’ve found? I’d love to hear about your experiences in the comments.