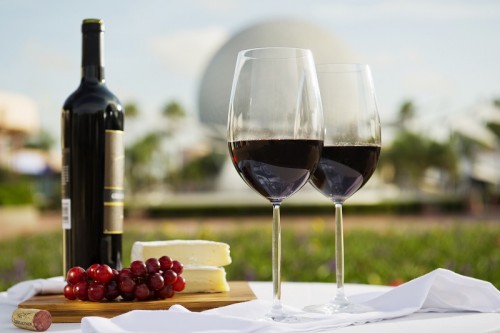 If there is one festival I look forward to every year it’s the Food & Wine event at EPCOT. 2013 will mark the 18th anniversary of the event that finds Disney guests sipping and savoring fresh flavors from six continents and more than 25 food booths. When you add in the special events, exhibits and generally fun atmosphere, you just can’t beat it. The 18th Epcot International Food & Wine Festival presented by Chase runs from Sept. 27 to Nov. 11, 2013.

Disney chefs will debut the authentic tastes of Scotland at the celebrated 46-day festival known for innovative food, wine, beer, cocktails, music and entertainment.  The sizzling aromas of more than 25 ethnic and specialized marketplaces including Africa, Brazil and Florida Local will tempt guests strolling the World Showcase Promenade.  Celebrity chefs like Warren Brown and Jamie Deen will bring culinary cachet to special festival events and demonstrations.

Festival planners will present a delectable menu of premium programming, plus daily wine tastings and mixology seminars.  Nightly Eat to the Beat concerts will keep the party rockin’, and six bands will make their festival debut this year.  In Future World, the iconic Ocean Spray Cranberry Bog will return for a third year to introduce families to the cranberry’s rich agricultural heritage. 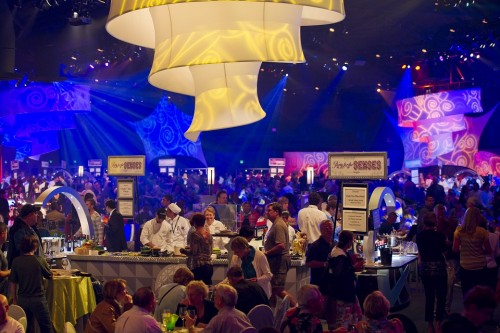 New marketplace debuts; favorites return -Traditional flavors with a twist will pair with beers and Scotch at the new Scotland Marketplace designed by Walt Disney Imagineering.  Scottish officials were so impressed with the hit Disney film, “Brave,” that they contacted festival planners about participating in this year’s festival.  The Brazil Marketplace returns by popular demand with an exciting new menu following a one-year hiatus.  Hawai’i is back with its flavorful Kalua Pork Slider, and Terra, which debuted last year, returns with vegan favorite Trick’n Chicken Curry.

Festival Welcome Center buzzes with activities – Guests can make the most of complimentary Authentic Taste seminars.  Culinary demonstrations and wine seminars feature new tastes and sips for a nominal fee.

Other festival highlights include:

The 46-day festival at Disney’s Epcot theme park serves up authentic cuisine from six continents; wine, beer and inventive new cocktails; nightly Eat to the Beat! concerts with entertainment ranging from rock and soul to funk and blues; cultural exhibits of more than 25 international regions; and regularly scheduled performances by acrobats, musicians, dancers and comedy troupes.  Exotic marketplaces from Scotland to Brazil offer exciting taste treats.  The festival is believed to be the largest food and wine event of its kind in the world, beginning at the Festival Welcome Center in Future World and fanning around the promenade encircling World Showcase Lagoon.

Here are some facts about the 18th annual event:

previousHow Disneyland Made a Believer Out of Me.
next18th EPCOT International Food and Wine Festival – The Marketplace Menus