How Disneyland Made a Believer Out of Me. 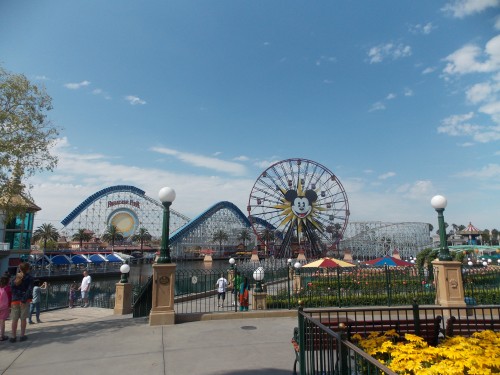 I never wanted to go to  Disneyland. Sure, I’d heard all about how it was “Walt’s park” and how you could walk in Walt’s footsteps, but to be honest, I’m not very sentimental about those things. I love Disney World, all four parks, the dining options, and the resorts. It didn’t seem necessary to go all the way out to the West Coast (where I was raised, incidentally) when I had everything I needed just a few hundred miles from my front door. But circumstances change and an opportunity arose. I went to Disneyland. 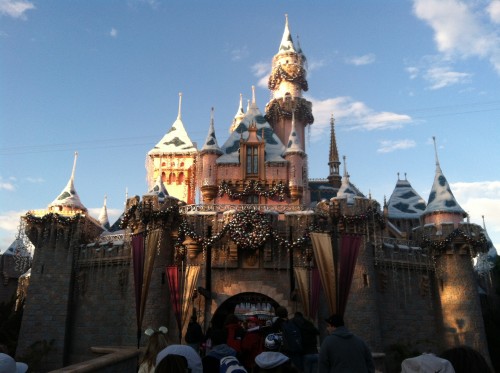 Here’s what I found, in a nutshell: Disneyland is both the same and different.  Disneyland feels like a “family” park, with a million pass holders for whom it’s like a second home; Disney World is everyone’s park, a destination for people from all over the world. Their castle is “cute,” not grand like “ours,” their quick-service food is better and the table-service food is spotty in places.Their Haunted Mansion has nothing on ours, except during the fall and Christmas, when they do a Nightmare Before Christmas overlay that is not to be missed. 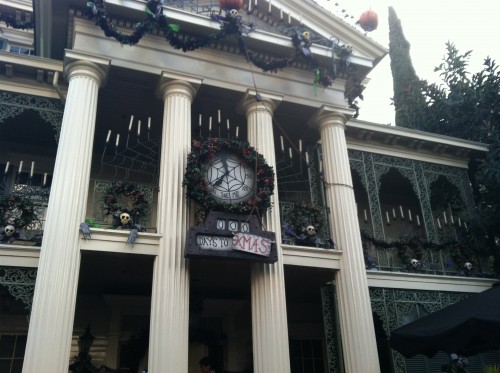 Their Pirates of the Caribbean though? It’s so much better. And you can’t beat their tea cup ride, which is covered only by a pretty, vine-filled trellis. 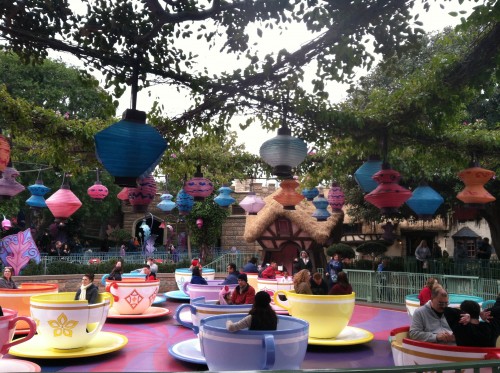 When you talk to Walt Disney World first-timers who are used to Disneyland, they can’t grasp the idea of it taking an hour or longer to park hop: At Disneyland, it takes less than ten minutes.  You usually have to say something like “It’s forty-three square miles–it’s huge!” So for a Disney World guest going to Disneyland for the first time, it’s quite the opposite. There’s this expectation that you’ll be underwhelmed.  So when the opposite happens, and it will, you’re more than pleasantly surprised.

First, you’re going to love park hopping at Disneyland. Feel like a morning at Disneyland park and lunch at Disney California Adventure? Do it. It takes no time at all. Run over to Downtown Disney and grab some beignets on a whim and then head back over to California Adventure for World of Color. If Disneyland is open late, you can head back over and catch one last ride on Space Mountain  They have this quaint way of stamping your hand when you park hop–you’ll find this amusing, no finger scan.  It’s how they know to let you back in with your ticket. 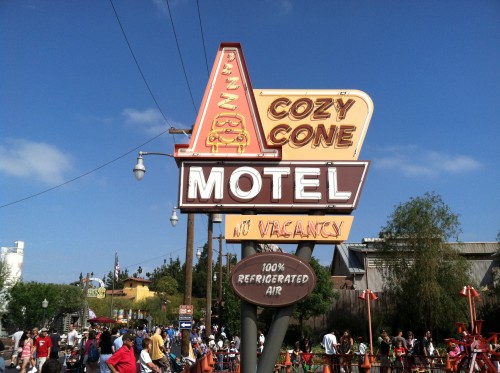 Disney California Adventure is just the right amount of Disney mixed with some of the classic types of rides you’d expect to see at parks like Six Flags, but done right the Disney way.  You’re going to be amazed by Carsland, which is why I hope it never comes to Disney World in any form–you need to see it out there, this huge experience where you walk right into the movie.  And Soarin’ over California just feels so much more “right” in a California park than it does in Florida. The line is shorter too, in my experience. 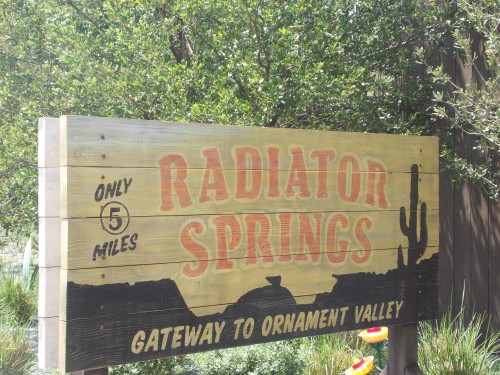 Staying off site in Florida is hard. It can take over an hour just to get to the Magic Kingdom parking lot, then you have to ride a tram and take the ferry or the monorail to the park. In Disneyland you’ve got three great Disney hotels, all within minutes of the parks, but you’ve also got a ton of “good neighbor” hotels to choose from. These range from cheap little motels with almost no amenities to gleaming hotel chains. Pick one with an assigned shuttle and you’ll get to the parks quickly and easily. 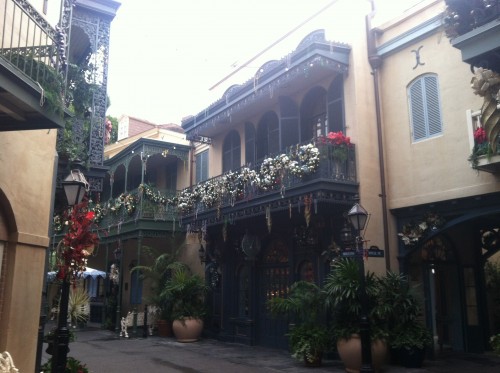 Disneyland will never take the place of Walt Disney World for me. I’m never going to get the feeling that I get when I’m crossing the Seven Seas Lagoon and the castle comes in view. But Disneyland is special in its own right and it’s so easy–everything is right there.  So if you get a chance to go, take it. It’s well worth the trip.

How about you? Have you been to Disneyland? What did you think? Or are you a diehard Disney World fan who won’t go? I’d love to hear about it in the comments.

17 thoughts on “How Disneyland Made a Believer Out of Me.”