Disneyland Paris is developing it’s own tradition in conjunction with the French Open. Rafael Nadal has won the last four French Opens (and an amazing 8 total wins) and has celebrated three of them with a trip to Disneyland Paris. Here “Rafa” is celebrating with Sulley from the soon-to-be-released Disney•Pixar blockbuster “Monsters University.” 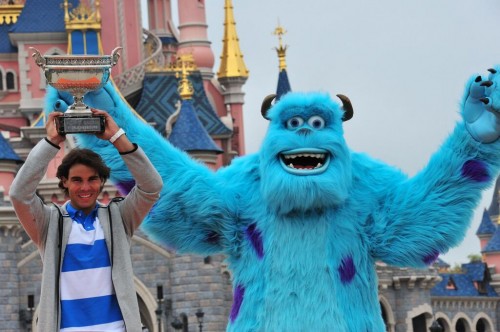 According to the Disney Parks blog, Nadal spent Monday with his family at Disneyland Paris. They took in a few attractions and enjoyed interacting with various Disney characters. 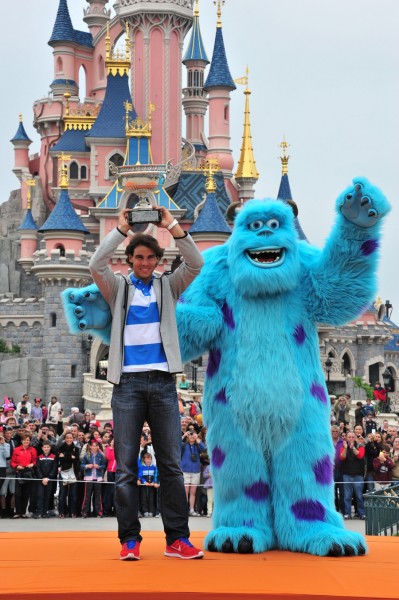 Let’s hope for another win at the French Open for Nadal next year so he can keep the tradition alive.