According to Disney construction was to have officially started on Disney Springs in early May. It’s now mid-month, so I set off to see what visible evidence there was of the pending transformation. Turns out not much. But there is a bit new at Downtown Disney since my last swing through, so I do have something to share with y’all. 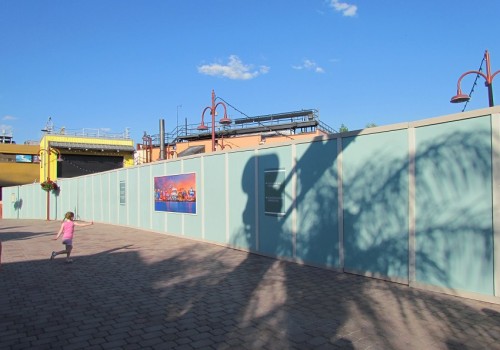 Walls have gone up in the former comedy warehouse area of pleasure island. 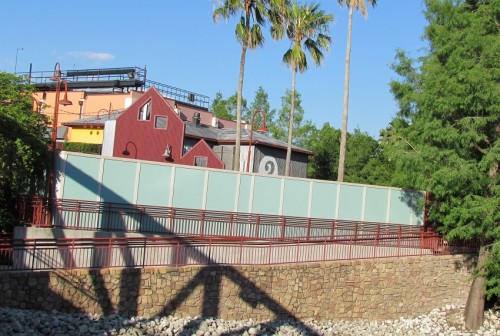 Get used to seeing these everywhere soon 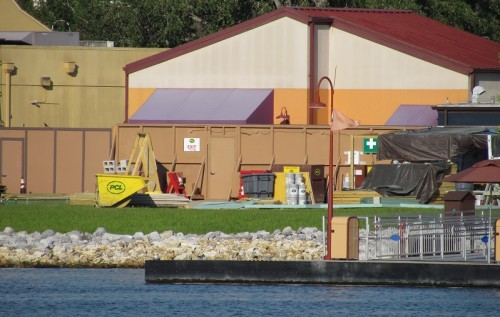 More wall making supplies. At least something is happening there. 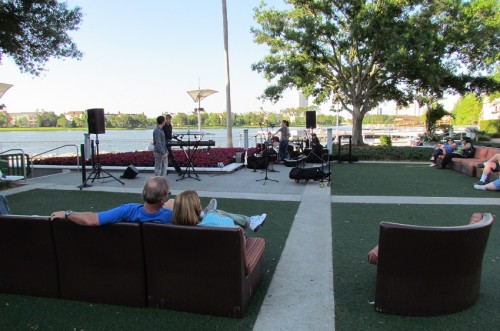 The lounge area that once existed outside the old Comedy Club has been relocated to the Westside. Even the Living Statues have had to move from Pleasure Island. 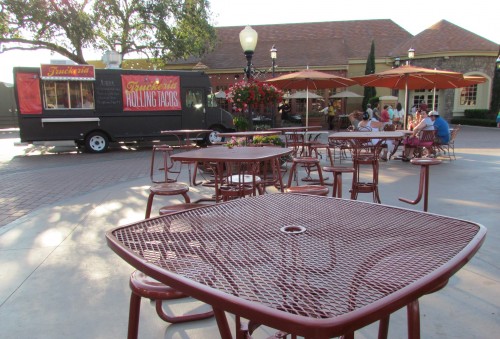 The taco food truck is back. It has a very limited menu, but there’s an open seating area and a temporary bar nearby. So fun 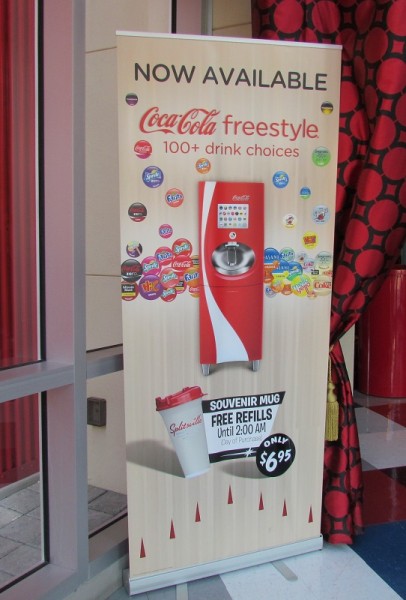 Coca-Cola Freestyle Machines can now be found in Splitsville. 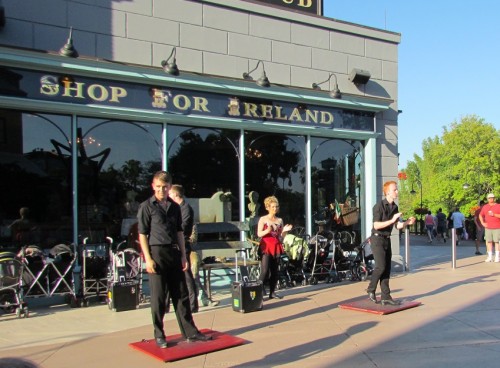 I’d heard that Raglan Road dancers put on an outside show, but this was the first time I saw it (well the end of it at least) 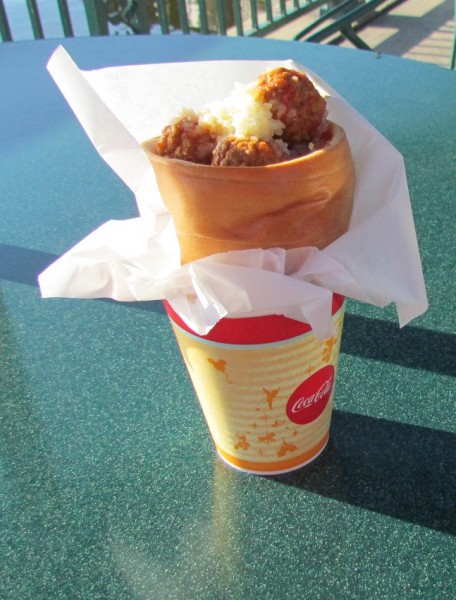 The ‘cone’ items from Cars Land have made their way to Orlando. This was the Turkey Meatball Cone, there is also a Chili one. I found it a bit greasy, but flavorful. Find it at Marketplace Snacks.

As you can see, there really isn’t much to see when it comes to Disney Springs. At some point they’ll have to start making major adjustments to both parking and expanding the stores and restaurants. Disney Springs will open in phases between 2014 and 2016.

previousOrlando in a Spin – A Very Unique Video Tour of the Attractions
nextBetrayal on ABC Hitching Itself to Revenge’s Coattails.