Betrayal on ABC Hitching Itself to Revenge’s Coattails. 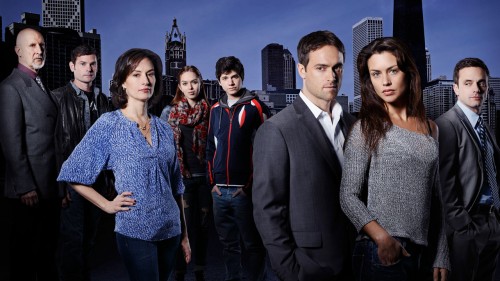 Betrayal has been announced for ABC’s fall schedule on Sunday night. It will hitch itself to Revenge’s coattails and hope for the best. Judging by this sizzle trailer for the show, it shouldn’t have that hard a time capturing the same audience.

It started with a chance meeting at an art gallery. Photographer Sara Hadley (Hannah Ware) and Attorney Jack McAllister (Stuart Townsend) both felt it, a sudden spark and with it, an undeniable feeling of instant attraction. Both are married, albeit, unhappily to other people; she, to successful prosecutor Drew Hadley (Chris Johnson), a political climber out for himself. Outsiders think they have the perfect marriage but Sara knows full well the distance and coldness that has crept into their marriage. Jack, too, has felt the loss of intimacy in his own marriage to Elaine, the daughter of Jack’s boss Thatcher Karsten (James Cromwell). Karsten is a powerful mogul in a business that creates a lot of enemies.

Despite themselves, Sara and Jack find themselves ever drawn to each other after a series of chance encounters. They are two souls wounded by life’s vagaries who form a powerful connection and before long, a torrid affair begins.

When Karsten’s brother-in-law Lou is murdered, all evidence points to Karsten’s son TJ. (Henry Thomas) Jack, as the company’s lead council, will have to defend him. For Sara’s prosecutor husband Drew, this is the kind of high-profile murder case that can secure his political future. Before Sara and Jack’s affair has barely started, the lovers will find themselves in an impossible situation–on opposite sides of a murder investigation. The relationship and the case begin a spiraling series of betrayals with cataclysmic results for everyone.

From David Zabel (ER) and directed by Patty Jenkins (The Killing, Monster) comes a powerful and compelling story of sex, scandal, revenge and BETRAYAL. Sunday nights at 10pm on ABC.

1 thought on “Betrayal on ABC Hitching Itself to Revenge’s Coattails.”