The Progress City model has returned from a brief refurbishment at the Magic Kingdom. There was some hope that they would give the model some much needed TLC and perhaps restore some of the functionality, alas, it was really very little more than a light dusting and some replacing of light bulbs.

I snapped a couple shots this weekend as we rode the Peoplemover: 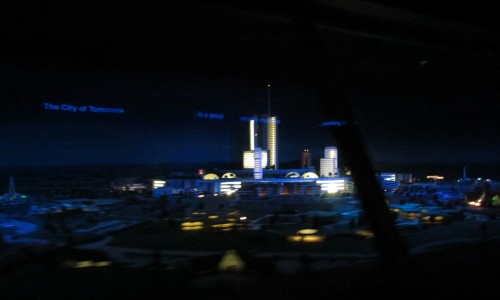 I’m not pleased with the light intrusion coming from underneath the city center either.

What you see today is really only a sliver of the original larger model. For one of the best articles on the history of the model and images of it in all its former glory, make sure to read this piece on Imagineering Disney (which is where the following image was captured): 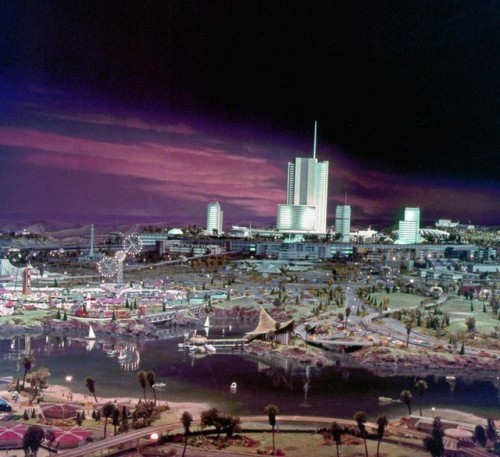