Disney Festival of Fantasy Parade Coming to Magic Kingdom in 2014 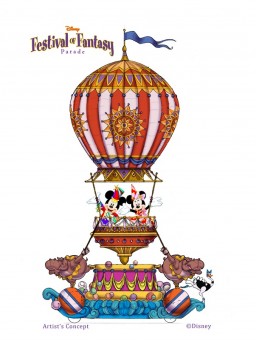 A new daytime parade, the Disney Festival of Fantasy Parade, will march into Magic Kingdom in spring 2014. The Disney Festival of Fantasy Parade will bring the magical stories of New Fantasyland to Main Street, U.S.A., through fantastic and innovative new parade floats, vibrant costumes, and an original soundtrack that will feature beloved songs from favorite Disney films, plus a new parade theme song. Magic Kingdom is located at Walt Disney World Resort in Lake Buena Vista, Fla. (Disney)