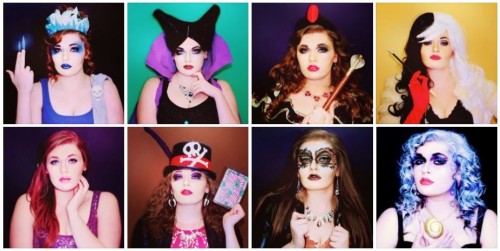 When we first spotted YouTube Star Heather Traska, she had just released her “One Woman A Capella Disney Medley” Video – a 7 minute piece where she sings all the parts, wears costumes and makeup she designs herself, then edits it all together into a beautiful package. She’s since added over 2 million views to that video and a half dozen new medleys. My favorite is her Adele tribute. None of them, however, were Disney themed… until now.

This Thursday, Traska has promised to debut her next Disney Medley. She’s been rolling out hints as to the subject via instagram photos (see above)… see if you can detect a theme. Give us your guesses in the comments!