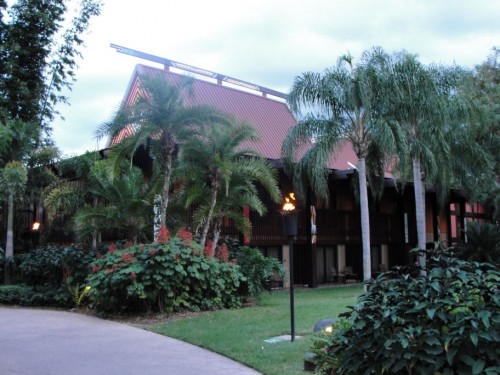 Okay, so it’s painfully obvious that I love Disney World, but even a diehard fan like me has the occasional head-scratching moment over some things that achieve cult status among Disney fans. Whether it’s food, a certain restaurant, or even a resort, I just don’t get it and I think I’m not the only one. Or at least I hope not.

5. The Polynesian.
For years I’ve wondered why the Polynesian, which essentially looks like the hotel the Brady Bunch would have stayed in during their family trip to Hawaii if Mr. Brady wasn’t still paying alimony to his first wife, has such a cult following. Sure, it’s got a great pool and gorgeous landscaping. The way they light the grounds at night is breathtaking and, dare I say it, romantic. And you can’t beat the location on the Magic Kingdom monorail. Beyond that, however, it’s kind of underwhelming: Dark rooms, dated furniture, and a small lobby. And I’m pretty sure that 90% of the plugs in the rooms don’t even work.

One day though, I hit on it: It’s the nostalgia factor. Today’s guests stayed there as kids with mom and dad and everything was magical and they go back over and over again and recapture some of that. So maybe people like me who didn’t stay at the Poly as kids just don’t get it. We’re smashing their childhood icons and for that, I apologize. I still think it’s overrated. 4. Dole Whips.
Tart with a chemical aftertaste, the appeal of this frozen theme park staple eludes me. I’d much rather have a citrus swirl, Mickey bar, or even (gasp) a turkey leg.

3. Toy Story Midway Mania.
I’ll be honest. I love this attraction, especially the part where you hit the plates. The noise, the movement, and the pleasing tactile experience (you’re blowing stuff up!) all contrast with the fact that it’s something that just about anyone can enjoy regardless of their age or physical limitations. It’s rare to get that in one attraction. But is it worth waiting 120 minutes to ride? No, not unless you’re a first-time visitor. It’s also not worth the mad dash over to the fastpass machine first thing in the morning. Who needs that?

There’s something ironic that the least stressful of parks, Hollywood Studios, should have the most stress-inducing morning rush. Even on those rare occasions when I do get a fast pass, the wait still averages about 30 minutes. I don’t know about you, but I spend most of that time redesigning the queue in my head.

2. Rope Drop.
The idea behind rope drop is that you get there early and visit all the popular attractions before the crowds roll in later that morning. It’s a sound idea, except for one thing: You’re on vacation. Who wants to get up at the crack of dawn just to make it to the park before it opens? And when you get there, you’re going to encounter several thousand other guests with the same idea. I think I’ll skip it. 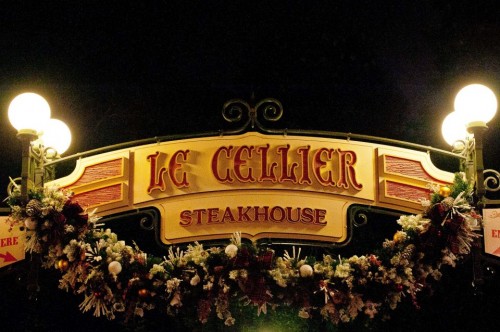 1. Le Cellier.
For years Le Cellier has been one of the most sought-after dining reservations on property, then Disney turned it into a signature restaurant, going from one table-service credit to two. If you’re not familiar with the Disney dining plan, that means it got twice as expensive. The drama that ensued was enough to fill a 19th century Russian novel, yet even with the price increase, it’s still a popular destination. The problem is, at one credit, Le Cellier was a good way to get your red meat fix. At two, you really start to notice how it pales in comparison to other signature restaurants on property.

Take your servers. Head over to Yachtsman Steakhouse and you’ll encounter waiters who are as good as you’ll find anywhere. At Le Cellier, you’re being served by Canadian college students. Now sure, Canadian college students, with their superior knowledge of hockey, are awesome. But are they good waiters? Personally, I prefer the seasoned pros elsewhere on property, where I often feel that even a 20% tip is too little. Even if mediocre service doesn’t bother you, keep in mind that the food at this location, which started out as a cafeteria and still retains a certain lunchroom flavor, may have you missing your local Outback Steakhouse, I don’t really think it’s worthy of signature status.

Now that I’ve alienated several of my good friends, what about you? Are there theme park favorites you just don’t get? I’d love to hear about it in the comments.