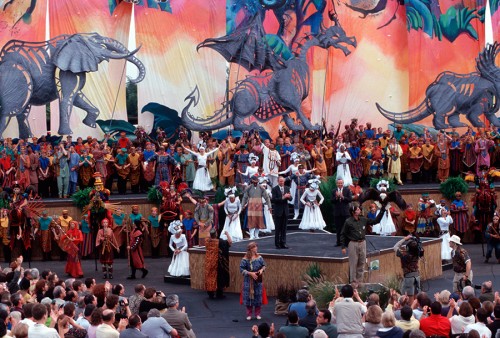 On April 21st 1998, Walt Disney World dedicated its 4th park and its first with the theme of nature. Many dignitaries were on hand, including Roy E. Disney on stage with Michael Eisner. Little did they know one would be responsible for the other’s ouster in a few years. 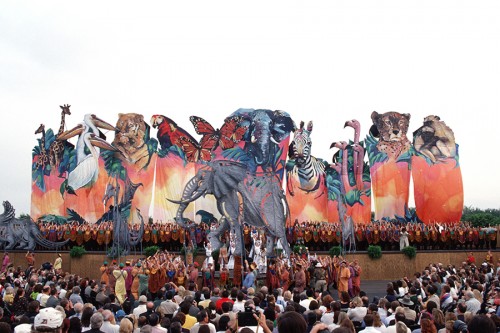 Also note how there is a dragon puppet. One of the park’s four lands was supposed to be themed to fantasies of nature. It’s 15 years later and we’re finally getting the fantasy part and there will be dragons, just not as we originally thought… there will be Pandora dragons in Avatar-Land.