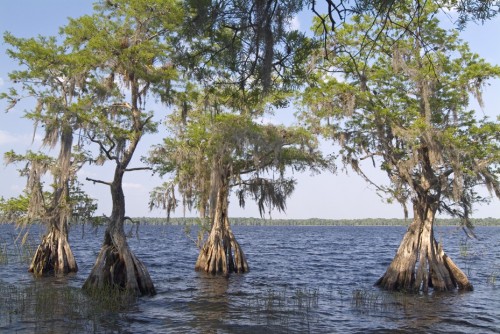 The Nature Conservancy will host an open house on April 27 to observe the 20th anniversary of Disney Wilderness Preserve.  Scientists, Florida cowboys, wildlife biologists and environmental educators will entertain visitors with fun outdoor activities that demonstrate nature at work.

Disney purchased these 8,500 acres and then donated them to the Conservancy in the early 90s as part of their efforts to maintain the headwaters of the everglades, but also to offset some of the planned development in the resort.

Located south of Walt Disney World Resort, the preserve sits at the top of the headwaters of the Everglades watershed and  is home to more than 1,000 species of plants and animals including bald eagles, sandhill cranes, wild turkeys and red-shouldered hawks.

“We learned everything we know about wetlands restoration there,” says Tricia Martin, director of conservation for The Nature Conservancy chapter in Central Florida. “It was the first project to take on the challenge of transforming an entire degraded landscape back to a healthy, functioning ecosystem—one right at the head of the Everglades.”

The scope of the work and the large scale ecosystem approach to mitigation represented a sea change in conventional thinking— and a unique collaboration among government, conservation organizations and business. The conservation and restoration work is already improving the quality and quantity of water within the Greater Everglades and has served as a springboard for The Nature Conservancy’s work in the larger landscape.

Note: the reserve is closed on the 26th.