Tags:a pirates adventuregameimagineersinteractivenext-gensorcerers of the magic kingdomsotmktotsstreasures of the seven seas 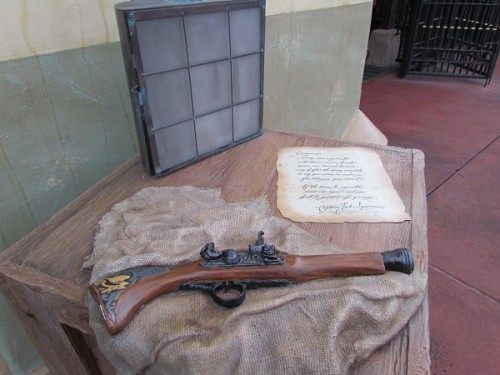 Depending on who you talk to, Sorcerers of the Magic Kingdom has either been a success or a great success. Either way, the capacity issues inherent to the game left the park with a quandary – how to provide more, without taking away from the experience of guests. The solution a separate interactive game called – A Pirate’s Adventure: Treasures of the Seven Seas. Other than a title that’s a bit wordy, this game looks like a bunch of fun.

In this video the Imagineers behind the game explain a bit about how it works and what to expect when playing:

Construction on the game headquarters and a few of the stations continues, but soft-opening of the game is expected to begin as soon as early May with a scheduled wide opening this summer.