Darth Vadar Gets Losts On Way to Tokyo Disneyland 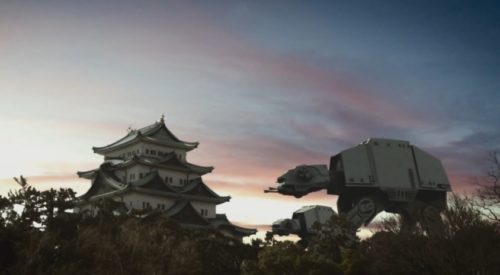 Star Tours 3D: The Adventure Continues is coming to Tokyo Disney Resort in Japan. Darth Vader wants to put in an appearance, of course, but apparently no one on his team has any sense of direction. The resort has released a series of videos that feature Vader and two Stromtroopers as they wander across Japan on their way to the new attraction. Here’s the latest entry “Darth Vader: Attack on Osaka”: