Mariah Carey sings song for Oz: The Great and Powerful 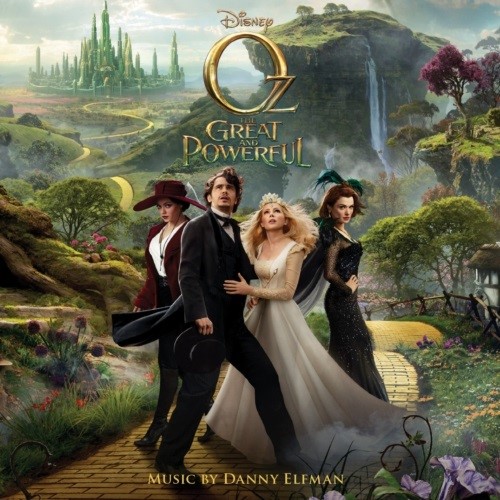 Recently, “Almost Home” was released online, the new song from Mariah Carey which will be featured on the Oz The Great and Powerful soundtrack. Give it a listen!

So, what do you think? Personally, I am in love! Such a catchy beat and not the usual sound for Mariah. I will be definitely purchasing this tune!

Elfman said, “I didn’t really go in with any sense of what I wanted to do other than just to follow the film. It was incredibly clear because the characters and what they were doing, and what their quests were, and what needed to be done, were all laid out, so I fell into it very easily.” Elfman employed a traditional orchestra for the film to give the music a classic feel. He relates, “Sam did want a very strong, traditional feel to this movie. I think there has always been the feeling that we’d like to try to give it a classic feel and a timelessness.”

In an interview with the Los Angeles Times Raimi said, “Danny has a grand arsenal of musical abilities. He’s able to create a sweeping gigantic sound that can really describe a tremendous scale and help us create this very unique world that Frank Baum wrote about, the land of Oz.”

The latest TV spot with the 10 day countdown is below the cut:

Let me know your thoughts in the comments below, and until next time…Have a Magical Day!

2 thoughts on “Mariah Carey sings song for Oz: The Great and Powerful”