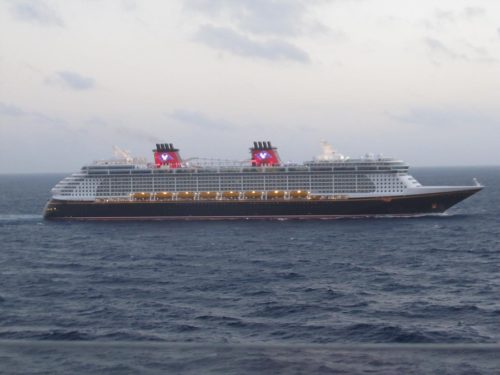 It’s been almost a year since the Disney Fantasy took to sea with its first guests. Now Bloomberg’s Carol Massar is checking in on the status of Disney Cruise Line with Thomas Staggs, Disney’s parks & resorts chairman, aboard the Disney Fantasy. The “Fantasy” is estimated to generate $270 million in revenue per year, prompting analysts to term the ship a “floating bank.” With four ships in Disney’s fleet that’s quite a revenue driver. Makes you wonder when another $1.1 billion ship will be ordered. They don’t just grow on trees.

Are you planning a Disney Cruise in the next year? Which destination do you want to visit the most?