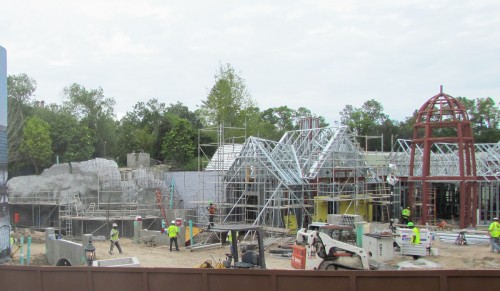 At least one of those Urban Explorers who have been building internet fame for exploring backstage areas of Walt Disney World will have to find some other place to haunt, he’s been banned from Walt Disney World.

Fox News out of Fort Myers revisits the story they broke in November. On his last visit to the park Adam was met by security and trespassed from Disney property. In Florida, Disney has the option to ban for life and it sounds like they did just that.

“We take matters like this seriously and filed a trespass warning against him since he deliberately entered unauthorized areas on several occasions,” said Disney in a statement.

Adam claims he was never contacted by Disney telling him what he was doing wrong, but I think it’s obvious from his videos that he knew he was venturing beyond the bounds of what is acceptable behavior. Disney may have been a bit harsh in a lifetime ban, but it looks like they’ve decided to make an example of him to head off any future urban explorers.

I state again, that Disney has wonderful backstage tours that will take you many of the places Adam himself explored. Try those. You won’t be disappointed and you won’t be banned.