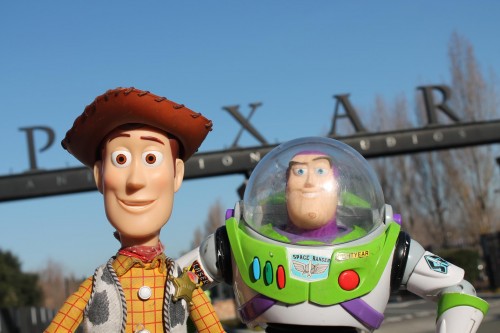 A terrific full length live action recreation of Pixar’s Toy Story has been completed shot-for-shot using actual toys and combination of stop motion animation. puppetry, and marionettes. Jonason Pauley, (17), and Jesse Perrotta (18) started production in late June 2010 and completed it in August of 2012.

It’s a bit crude at parts, but you can tell it was a labor of love by two real fans of the movie. They’ve been documenting their journey on this Facebook page. The sign of a great story is that it held up under even these raw film making techniques. I hope the pair were finally able to get their tour of Pixar Studios.