How’d They Do That: ILM releases Special Effects Video for Marvel’s The Avengers 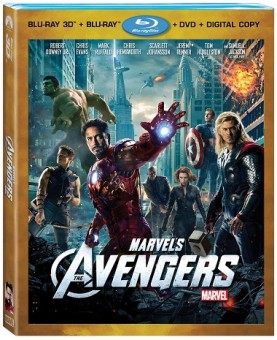 In celebration of their Oscar nod, the fine folks at Industrial Light and Magic Visual FX (now a part of The Walt Disney Company thanks to the Lucasfilm acquisition) have released a special video highlighting how many of the special effects were made for Marvel’s The Avengers. (Just to complete the Disney trifecta, don’t forget that Pixar started as a division of Lucasfilm.) It’s one of the best things I’ve seen on the internet in a while. Definitely do yourself a favor and watch it in HD on the full screen.

Featured in the reel is how ILMVisualFX built and rendered the city of New York, the process of animating Tony Stark’s Ironman suit and turning Mark Ruffalo into the Hulk.

ILMVisualFX is up against some stiff competition at the Academy Awards in the visual effects category ( The Hobbit, Life of Pi, and Prometheus could all be potential winners), however, I like their chances.