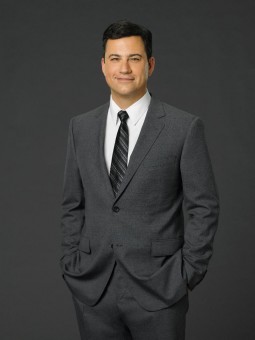 Disney ABC has fired a shot across the bow of other late night talk show hosts moving Jimmy Kimmel to an earlier starting time. It may be a bit earlier, but Kimmel is still up to his old tricks. I liked this bit where Jimmy Kimmel has his hair cut by Jennifer Aniston. Aniston was the first guest on “JKL” in its new 11:35PM/10:35PM CT time slot. Turns out Kimmel was on vacation with Jennifer Aniston over the holiday and the actress revealed to the late night host how as a child she would cut her friends’ hair for a small fee. Aniston then brushed up on her hair-trimming skills by giving Kimmel a brand new ‘do’ for his new time.

Nightline, ABC’s nightly news magazine will now start after midnight. This could mean the end of Nightline if ratings plummet. When you’re up past the 11pm news, what late night talk show host do you tune into?