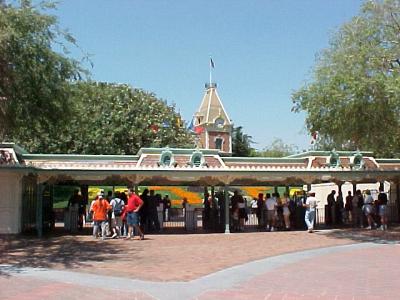 There were reports today that Disneyland has begun taking photos of guests entering the theme park and associating those images with their admission media. The need to combat fraud inspired the move.

Un-authorized ticket resellers have been building multi-day tickets and then renting out smaller portions of the ticket. The guest saves on single day tickets and the reseller makes a profit by still charging more than the discount. While it may not violate the law, it violates Disney’s policies and they’re taking action to enforce the one ticket-one person rule.

Disneyland has been associating photos with annual passes for some time. A photo is taken when the pass is purchased and it appears on a little screen at the turnstile. The faces have to match or the guest is questioned further. It sounds like these photos were taken right at the entrance gate and associated with the ticket. This is bound to slow down the queue some depending on what percentage of guests in front of you are using their multi-day ticket for the first time.

What do you think of this new policy at Disneyland. Have you ever used a ticket reseller before to save a few bucks? How did that work out?