New Still from The Blue Umbrella

Pixar provided the Wall Street Journal with a new still from The Blue Umbrella. I like the photo realism in this rendering. 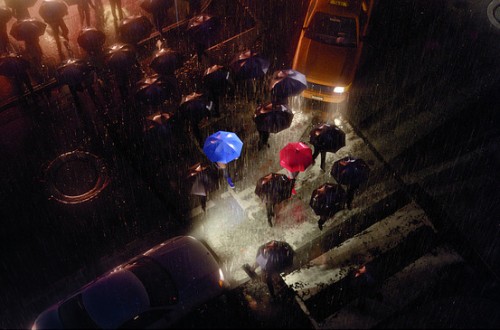 It is just another evening commute until the rain starts to fall, and the city comes alive to the sound of dripping rain pipes, whistling awnings and gurgling gutters. And in the midst, two umbrellas—one blue, one not—fall eternally in love. From Pixar Animation Studios, director Saschka Unseld and producer Marc Greenberg, “The Blue Umbrella” opens in theaters on June 21, 2013, in front of “Monsters University.”

Coming hot on the heels of Paperman, it’s going to be hard not to compare the two love stories.