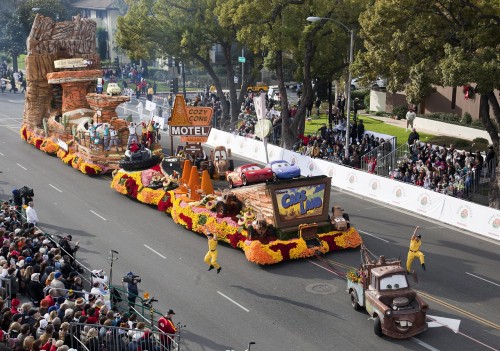 The Disneyland Resort entry in the 2013 Rose Parade in Pasadena, CA was a hit all along the parade route as it brought to life the whimsical magic of Cars Land before a worldwide television audience on Tuesday. The Disney float, dubbed “Destination: Cars Land” showcased the landmarks of Cars Land with a colorful re-creation of the roadside town of Radiator Springs. Shaped like the state of California, the 125-foot long float featured flowing water, smoke-puffing baby tractors and 45 animated parts, including replicas of Lightning McQueen and Sally as they relive their fun-spirited road race from the first Disney-Pixar Cars movie.

2 thoughts on “Cars Land Float a Hit at Rose Parade”