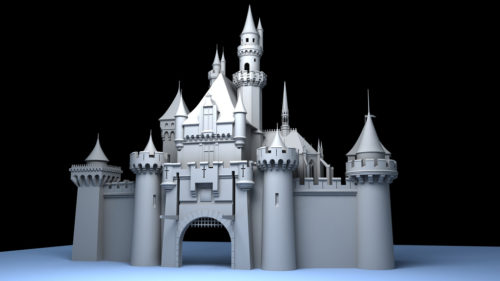 Disneyland fan & 3D modeler Miles Wilhelm is in the middle of a big project. He wants to render the entirety of the park in 3D computer graphics. As you can imagine, there is a lot of detail to get right when replicating a Disney theme park, so he’s taken on quite a challenge.

Wilhelm recently updated his version of Sleeping Beauty Castle and I have to say he’s off to a good start:

Some other attractions in progress on Wilhelm’s flickr page include: Peter Pan’s Flight, the Mark Twain, the Haunted Mansion (nearly complete), and the Main Street train station. Hopefully 3D modelers like Wilhelm will release these via open source in the future so we can all enjoy their work in virtual reality hangouts.

I hope to see more from Wilhelm soon, how about you?