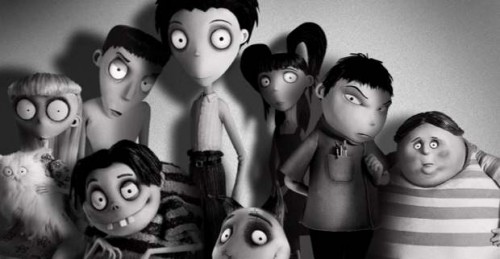 It’s awards season and Frankenweenie has already been nominated for five Annies and earned the accolades of the New York Film Critics Circle and LA Critics. As part of the campaign to earn more, Disney has okay-ed the release of the scripts for the film by writer John August. August is known for his great blog and podcast where he talks about the practice of screen writing. Definitely recommended if you’re at all interested in the art of film and practically a requirement if you’re at all into animation.

There are actually two Frankenweenie scripts available to read.

The first is my December 2010 draft, which got the greenlight. It’s probably my second or third draft, but the story didn’t really change that much from the very beginning.

The second script is conformed from animatic, and incorporates all the changes made during storyboarding, production and editing.