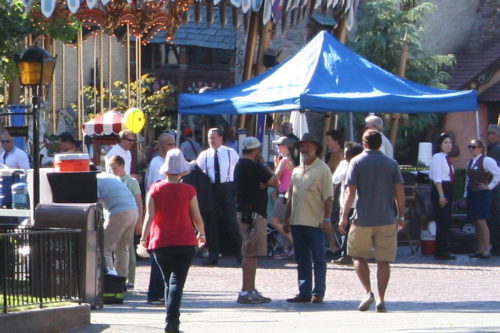 A terrific collection of photos from around Disneyland on November 6th and 7th can be found over on LaughingPlace.com. The park was playing host to a Hollywood movie production for “Saving Mr. Banks” complete with mega stars and set design meant to recapture the early 60s era of the park. Among the big stars were Tom Hanks as Walt Disney and Emma Thompson as Mary Poppins author P.L. Travers. 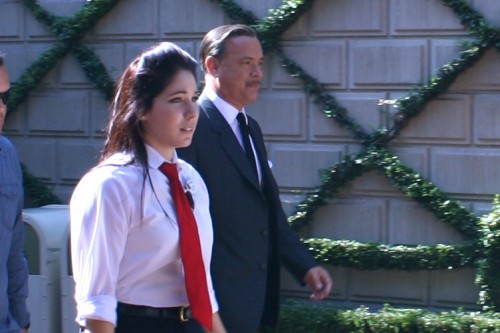 Also featured was the park itself. Elements were temporarily decorate to look like 1961, vintage looking cast member costumers were out, and even Mickey, Goofy, and Pluto were seen out in their retro finery.

There are over 20 pages of great photos from the 2-day film shoot. Be sure to visit LaughingPlace.com and see them all.