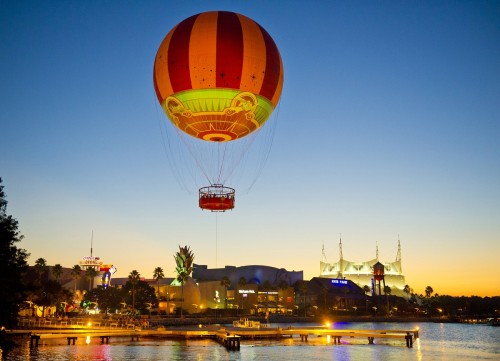 After an accident with a similar balloon in Hong Kong, the Downtown Disney Characters in Flight Balloon ride closed on July 1st of this year. The balloon had been scheduled for replacement soon, but they just took it off line out of precaution earlier. 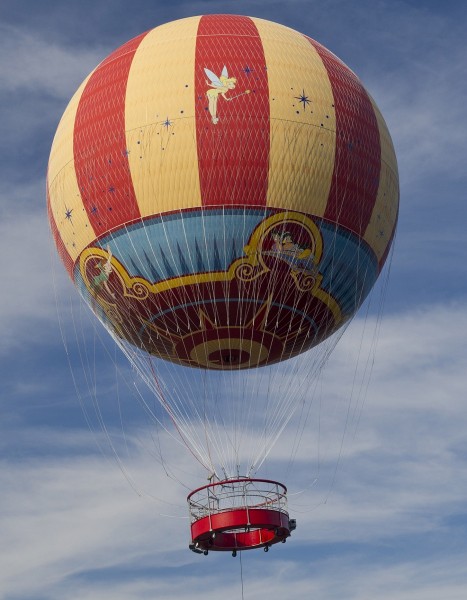 This week the new Characters in Flight balloon began soaring above Downtown Disney. The tethered helium balloon features a fresh design, including a red, yellow and blue color scheme, adorned with a new set of flying characters: Tinker Bell, Peter Pan, Buzz Lightyear, Dumbo, Jasmine and Aladdin. From 400 ft. up in the air, guests get a breathtaking 360-degree view of Walt Disney World Resort for approximately 8 – 10 minutes. The daily hours of operation are 8:30 a.m. to midnight, weather permitting.

Would you feel safe going up in the balloon after the Hong Kong accident even in a new balloon?