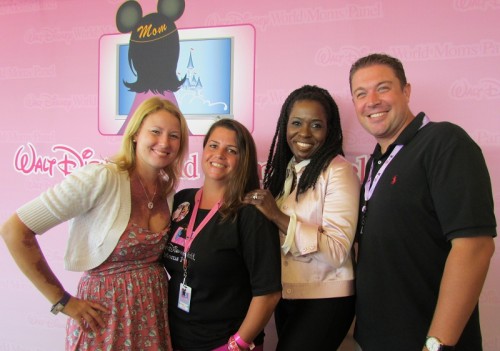 We’re currently in the 5th year of the Walt Disney World Moms Panel social media outreach effort from Walt Disney Parks and Resorts. It started as a small panel of terrific travel planners (including a few Disney Dads) and has grown to really represent a large portion of Disney’s social media efforts. The whole experience now includes an expanded Disney mom’s network, a yearly convention and other events to go along with the online travel advice forum. 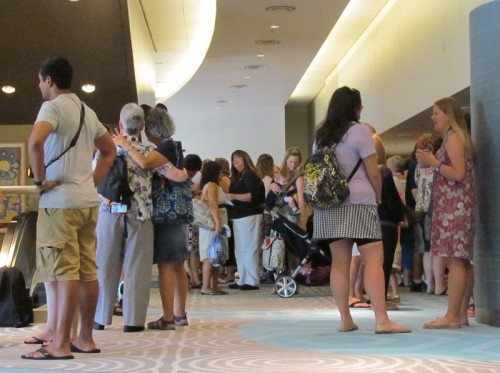 I believe this is the fourth year for the Fan Appreciation event. It happens around the weekend of October 1st and is usually a small affair. But this year they brought in over 50 current and former members of the Disney Moms Panel and invited around 300 fans to the top of the Contemporary Hotel for a luncheon. 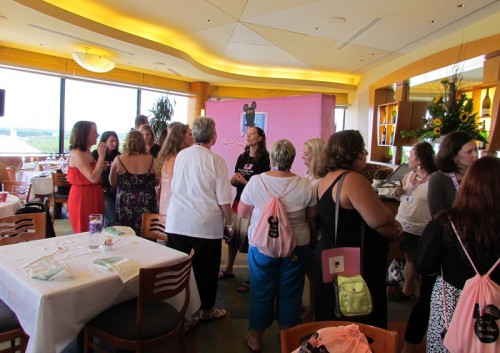 It was a grand event. The food at the California Grill was amazing, wine was served (I really enjoyed the 2010 Cabernet Savignon from Edge), and a special cupcake was provided to everyone. I couldn’t resist and devoured my cupcake on the spot, but many guests too theirs home in togo boxes. Very thoughtful from the organizers. The amazing cupcakes was strawberry with lemon filling. Yum!

Although I’ve never served on the panel, I count myself lucky to have become friends with many of the panelists. I got to know a few of them starting at the training sessions for the ‘Classic Panel’ as the members of the first group now call themselves. 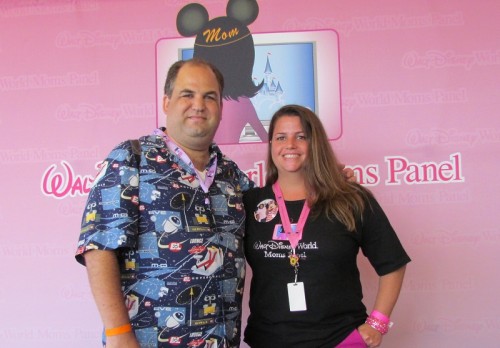 Your author and Kaylene at the photo spot

Each year brings a new crop of amazing Moms and Dads to the team. If you applied to join the 6th panel let us know what section you would like to cover in the comments.