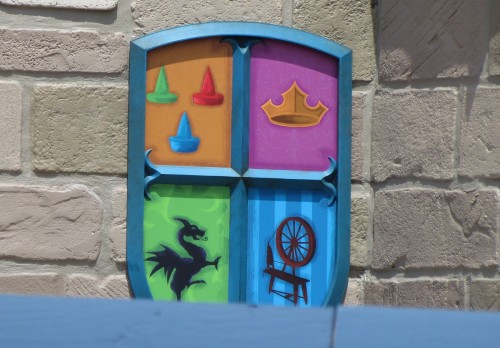 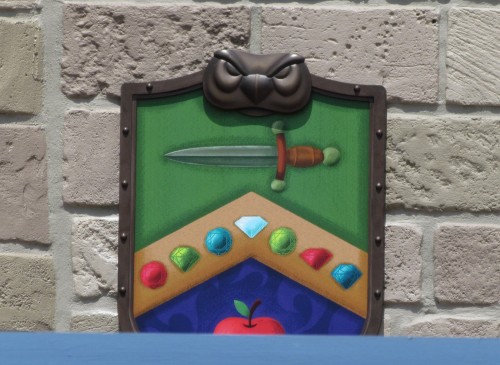 Just a peek at the Little Mermaid shield here. But I love that light fixture too. 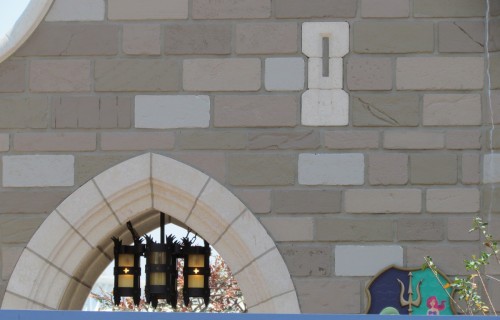 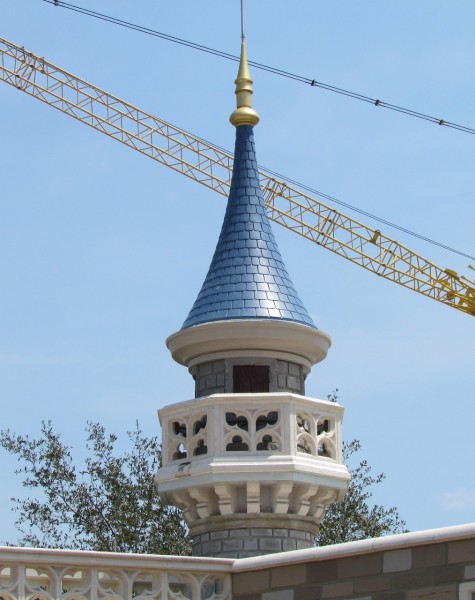 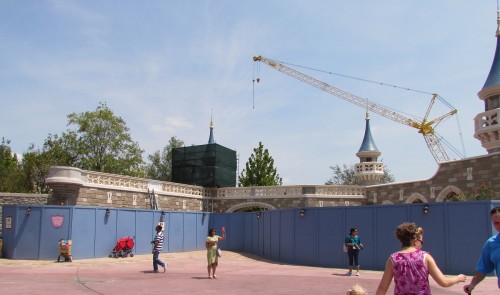 Scaffolding is down from this last minute rock work addition meant to obscure, somewhat, the green showbuilding for “Be Our Guest” restaurant behind it. It’s definitely better than it was before, but the ‘go away green’ isn’t doing its job really. Maybe a plant or two will finish the job? 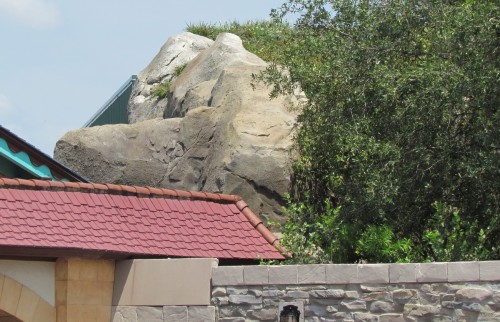 This shot, taken from near the Peter Pan exit, shows how big a difference the walls make to Fantasyland. Also looming in the distance will be the Seven Dwarfs Mine Train mountain. Should add some vertical interest to the landscape for sure. 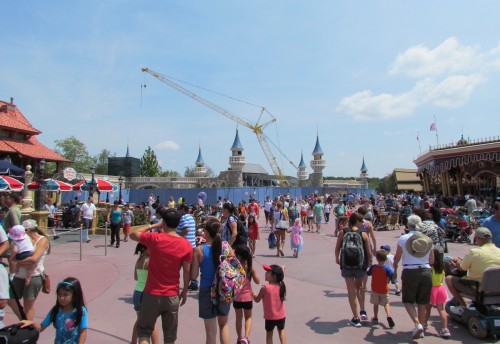 Speaking of the Mine Train, here’s a closer look at the construction progress. As you can see the mountain is starting to take shape and gain some real width. The entrance will be approximately behind that blue crane. 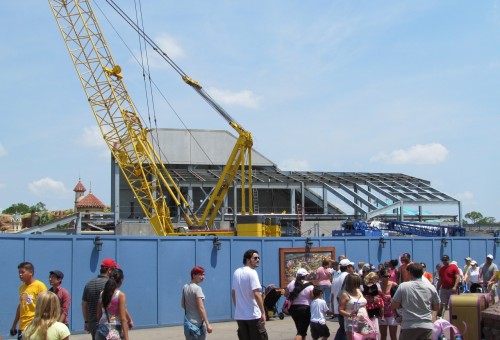 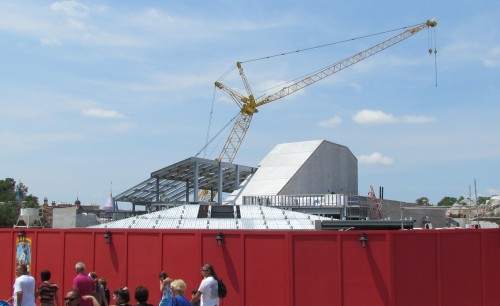 Those with a sharp eye or a quick camera will be able to catch a glimpse of some of the coaster track waiting in its staging area at the old STOL airport strip before being installed on the Mine Train. 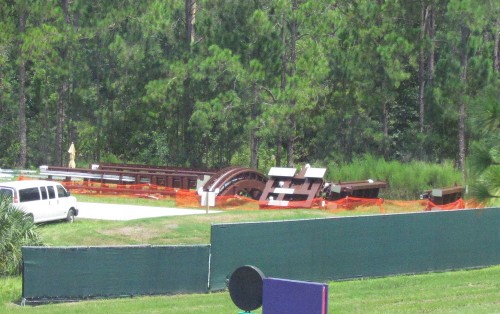 The former location of Snow White has been cleared down to bare floor and walls on the inside and the facade is getting redone as well. This will eventually be the home to princess meet and greets. A little bit more facade work is going on in Fantasyland. This has closed one of the SotMK portals, so expect your waits to be longer for this popular game. 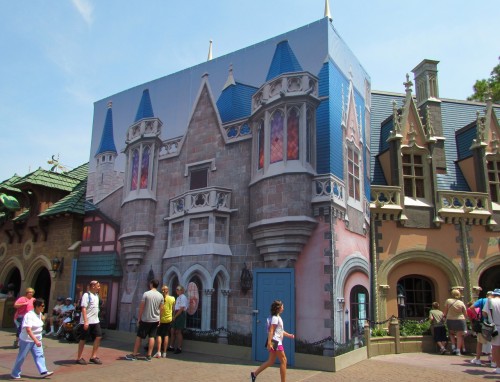 Finally, we move to the other side of Fantasyland where new restrooms are going in between the Haunted Mansion and It’s A Small World. As part of the construction The Yankee Trader is getting some facade work done. They’ve added this nice tarp. Unlike other tarps used in the park, this one isn’t of the original building, but rather Disney has taken bits and pieces of nearby buildings and photoshopped them into a nice looking exterior. Great attention to detail as opposed to an ugly eyesore for the win. 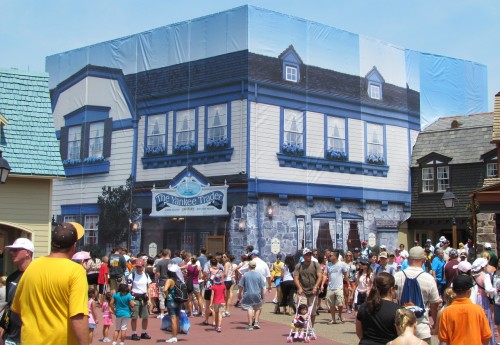 I’m also loving the visual interest of the buildings that will house the new restrooms. The roof lines by themselves are so unique, I can’t wait to see the facade treatments. Anybody have concept art of this area? 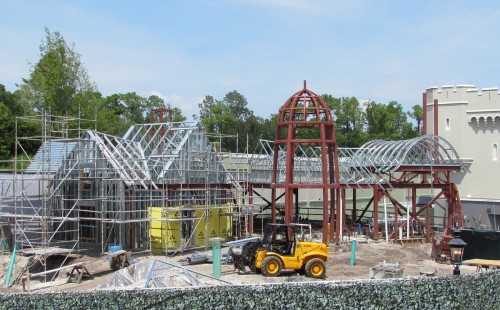 Work has also begun on some of the faux rock work and landscaping that will make up the new path from Fantasyland. This is the section that will empty out right into the Haunted Mansion exit path. I’m curious to see how this is handled operations wise. With the expanded HM queue, there isn’t much room there right now. Add even more traffic and you’ve got a potential for a traffic jam. That’s it for today. We’ll be back tomorrow with part 2 and additional photos from New Fantasyland, Storybook Circus, and more!