Rocketeer to get Reboot? 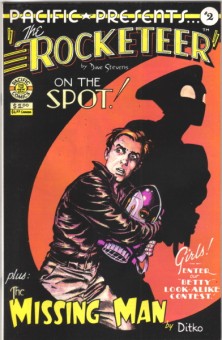 Disney fans may only know The Rocketeer from the 1991 film starring Billy Campbell, Timothy Dalton, and Jennifer Connolly. Disney had high hopes for a series, but the film failed to ignite at the box office. The movie has developed a bit of a cult following since then, especially since the steampunk genre has seen a growing following. Pretty good for a comic book series first published 1982 from Dave Stevens and only sporadically for the next 10 years. But it was enough to develop many levers of backstory to draw on beyond that Disney put in the film.

Word from the online site Vulture is that with the acquisition of Marvel and the hiring of new studio chief Alan Horn, the time may be right to give Rocketeer another look and reboot the series. I like that Horn seems to be willing to tap into existing properties that Disney may have been overlooking.

Is The Rocketeer a property you’d like to see Disney revisit?

1 thought on “Rocketeer to get Reboot?”