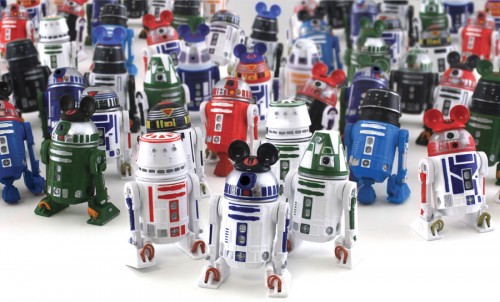 Since just before the 2012 Star Wars Weekends, the Tatooine Traders store at the exit of Star Tours has featured the Droid Factory – a great little ‘build your own toy’ station. You choose six parts (body, head, 3 legs, and a novelty hat) and build your own customized Series R Astromech. It’s nice that they left this a permanent option at Disney’s Hollywood Studios, instead of just during SWW.

I’ve been promising my son Indigo he could make his own droid for his birthday and now it’s that time of the year. Since we were there, we decided to do a quick “A Kid’s View of Disney” video on the Droid factory experience:

Have you had a chance to make your own droid at the Star Wars Droid Factory? What did you think of the experience?