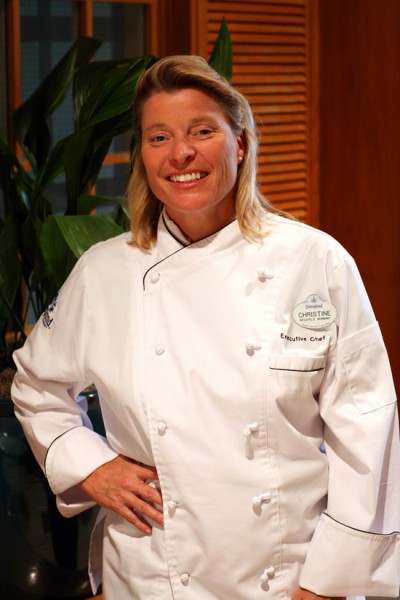 While on board the Disney Fantasy in March, I had the opportunity to sit down for a group interview with Chef Christine Weissman. At the time she was the head Executive Chef for the Disney Cruise Line, but has recently been moved to be over the Disneyland Resort’s food operations for both parks.

I thought it would be a great time to upload this interview and let you get to know a bit more about Chef Weissman and her food philosophy. I didn’t post it before because it has a few small focus issues, so I apologize for that in advance.

Christine Weissman comes with high credentials. She is a certified Master Chef (Meister Pruefung I.H.K.) and is certified at Level One by the Court of Master Sommeliers. Weissman started working for Disney on the opening team at Disneyland Paris, she later did stints at Walt Disney World Resort’s Seasons Dining Room at the former Disney Institute, Biergarten Restaurant at Epcot, and most recently, executive chef of Disney Cruise Line.