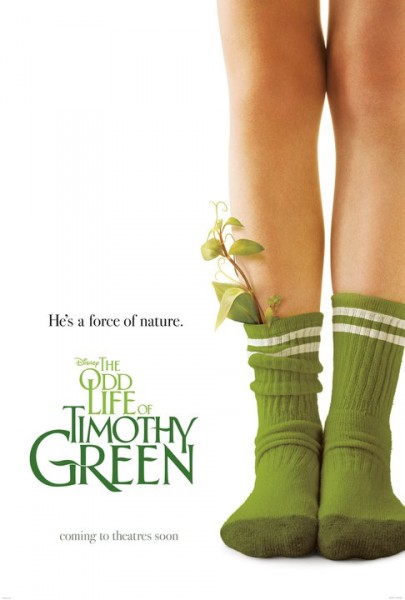 Disney’s entry into the feel good family film category this year is “The Odd Life of Timothy Green.” It fits the mold very nicely, while at the same time, introducing a little something extra you don’t normally get from those films, metaphor. In fact, not only is the title character who is essentially a metaphor for childhood innocence, the movie itself is also a metaphor for the parental journey and how you deal with life’s struggles and loss.

Those extra layers make this movie more enjoyable for the adults who will be accompanying their kids to the film. But unfortunately, they did not solve some of the other problems.

The movie has that fable feel and doesn’t depart from the script too much. I wish it had departed a bit more. When it does start to explore Tim’s other relationships it gets interesting, but then it becomes afraid to explore those plots too much and instead leaves (sorry) the audience hanging without answers for a lot of the stories told in the film. 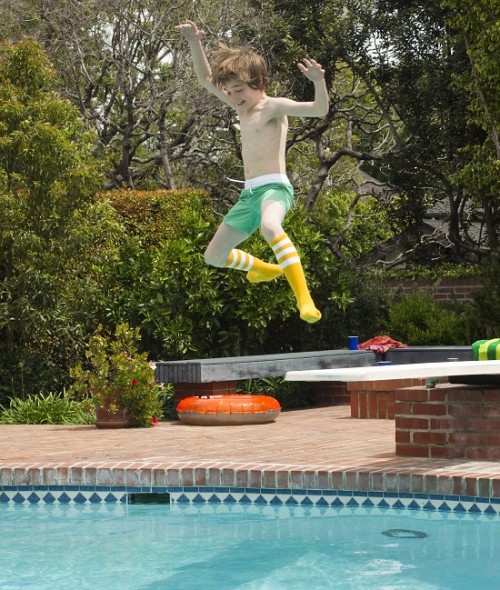 We do get some satisfying wrap ups to the main parenting and factory town plot lines. And although there is a close tie to the Pinocchio story, there is no Blue Fairy in this story, so there is also sadness and heartfelt emotion.

The movie featured generally wonderful performances from Jennifer Garner and Joel Edgerton, who play a young couple intent on starting a family of their own. Timothy is played by CJ Admas, who deserved top billing in the film for his role. Odeya Rush, as the slightly older girl who befriends Timothy, was another stand out.

Other fun performances come from Dianne Wiest as the town’s matriarch who has distanced herself from her families company letting it risk ruin. M. Emmett Walsh, comes the closest to bringing raw emotion to the story and Ron Livingston plays the spineless factory manager weasel role realistic enough you can almost believe it.

Peter Hedges, who wrote “What’s Eating Gilbert Grape” directed the film. Which is one of the reasons I was expecting more emotional oomph from Timothy Green.

That said, if you’re looking for an end of the summer family friendly movie, “The Odd Life of Timothy Green” is there for you. Just sit back, enjoy, don’t expect too much and you won’t be disappointed.

Update: The Hollywood Reporter gives it a good review.