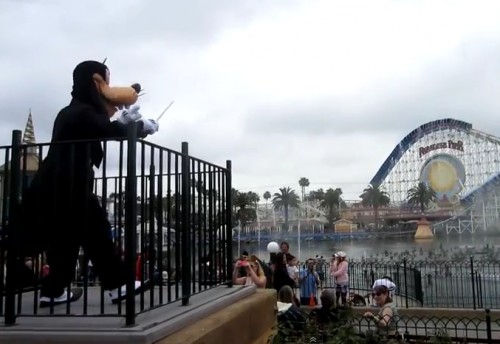 When World of Color’s fantastic water fountain infrastructure was added to Disney’s California Adventure there was speculation that they would do both a night and a day show. After wall, why install all that wonderful equipment and only use it once a night. It took awhile, but that speculation finally came true with the re-launch of DCA.

The Goofy Cartoon inspired “Instant Concert… Just Add Water” show is a fun addition to the park’s entertainment lineup. There are a couple different 5-minute length shows that play throughout the day by the water’s edge across the The Little Mermaid. Keep an eye out for them approximately hourly.

This video released by Disney gives you a little hint of what the show is like, without giving it all away. A nice touch.

A fan recorded version of another show is below the jump:

Have you seen this mini-show? What did you think?