Walt Disney Animation Studios has just released some of the first production art from Wreck-it Ralph. In it we get a look at some of the tests for the characters of Ralph and Vanellope Von Schweetz. That’s quite a range of choices for Ralph there, yet Vanellope seems to be relatively in the same ballpark.

They also released artwork from the 8-bit video game “Fix-it Felix Jr.” and more below the jump: 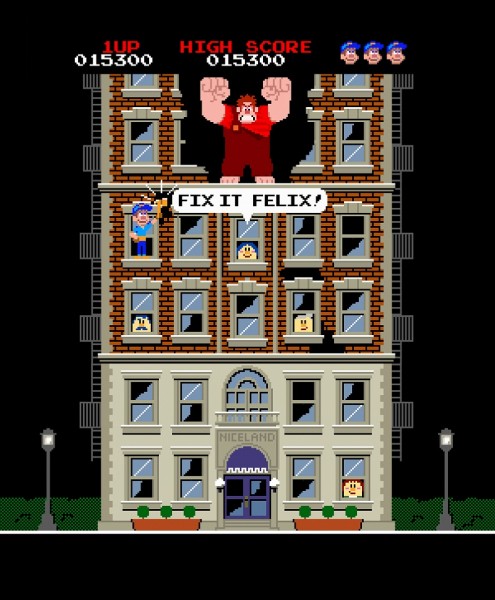 Now that’s a game I could live in.