Deck of the Disney Fantasy at Night 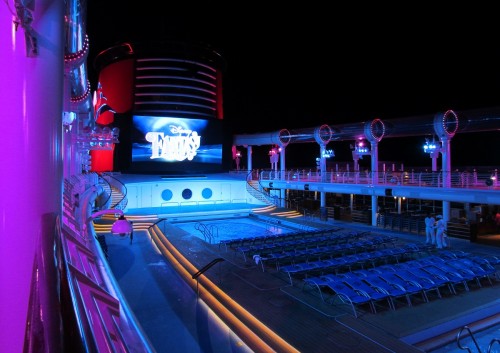 There are many ways the Disney Fantasy is the most magical of Disney’s fleet of cruise ships. It’s built for longer cruises, so there is just more stuff crammed in there. But that doesn’t mean there isn’t so much detail that you don’t find yourself alone every now and then.

I found one of the most magical moments to be late at night when most passengers are in their cabins or plying the clubs, but the decks are eerily still. That is when you can prowl the top decks without encountering a soul. It feels like you have the whole of Disney’s largest ship to yourself. Magical.

If you’ve been on board at Disney Cruise ship, what moment did you find the most magical?