Hope your summer has been free of any psychopaths, moms in skin-bearing lingerie, or the sad sound of violins!

I’m back with a quick scoop on the upcoming Season 2 of the show. 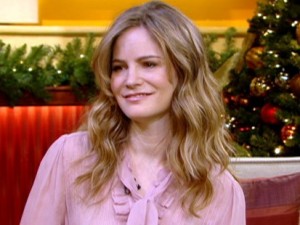 Jennifer Jason Leigh, movie, theater and television star (last seen on WEEDS), has joined the cast as Emily Thorne’s mom. If you remember, the existence and backstory surrounding Emily’s mom made more and more of an appearance as the first season wrapped up.

It’s big news and gives us a big clue into the focus of the new season.

There are a few more details, each pretty low on the spoiler scale but I’m warning you anyway…

And for those of you who want a little more, ABC released a preview that gives away absolutely nothing:

But hey, the show has moved to Sundays! Be sure to set your DVR for September 21.