Throughout the 15 minute presentation given on July 10th at Busch Gardens Tampa, they emphasized how they wanted to make Christmas Town event a time for families to come together, and boy, do they have a plan to make that happen. Beginning on November 30th and running until December 23rd (A very bold move on their part making this strictly Christmas, more on that later), Busch Gardens will host a new, after hours event every Friday, Saturday and Sunday that celebrates the season. During the presentation I was fortunate enough to attend, they covered every detail of what was to come come Christmas time, and what I saw makes it seem like they really want to become the number one Central Florida Christmas event. 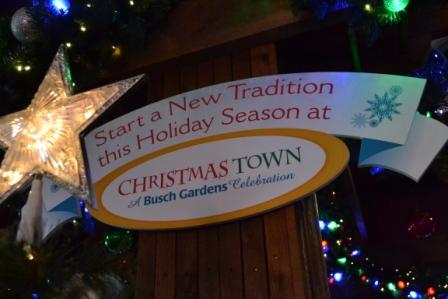 Here is some of the things that will happen at the park during the event:

The day we were their was also the unveiling of the Christmas Town Preview Center in the Timbuktu area of the park. As we entered, we were explained how it is the coldest area of the park and how it smells like Gingerbread…how festive! There you can purchase your tickets for the event. Tickets will be $39.99 for 10+ and $19.99 for kids 3-9. Advance tickets for $29.99 for 10+ and $9.99 for 3-9 year olds. Passholders can get advance tickets for $24.99 for 10+ and $9.99 for 3-9. Until the 18th, Passholders can receive tickets for only $9.99! (I believe this offer is in-park only. The passholder discount does NOT include fun card holders). 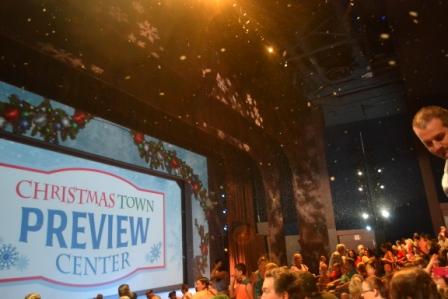 (P.S. Check out the footage of the press event I filmed…with my awkward self doing and intro and outro!)