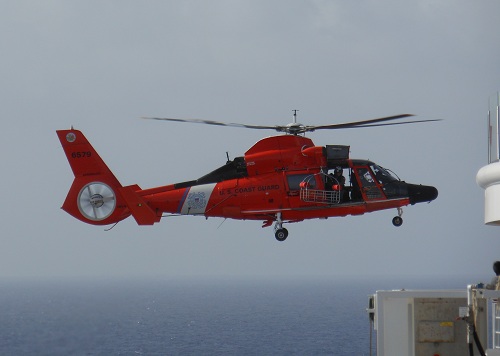 Having a medical emergency at sea is never a pleasant thing. Luckily the Disney Cruise Line fleet is equipped with a terrific medical staff. Most of the times the guest is treated and returned to enjoy the rest of their vacation. Sometimes, the nature of the problem is severe enough that an air lift is required. The Disney Blog reader Jim Dallas was on board the Disney Fantasy on July 2nd and witnessed exactly how that emergency evacuation was attempted.

My wife and I sailed aboard the Disney Fantasy Eastern Caribbean cruise that departed Port Canaveral, Florida on Saturday, June 30th for St. Maarten, St. Thomas and Castaway Cay. Part of our morning cruise ritual is to tune into channel 4 on the stateroom television to track our progress and position. We noticed something unusual on Monday morning, July 2nd. 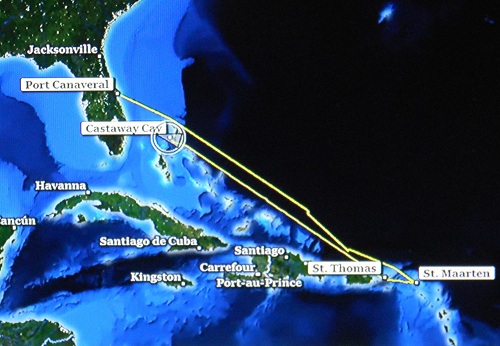 It appeared that during the night the ship made a turn towards Puerto Rico and then shortly after turned again to resume our regular course. Later that day the captain announced that there had been a medical emergency on board the prior evening and that the ship would be met that afternoon at 4:30pm by a Coast Guard helicopter from San Juan to air lift a passenger off the Disney Fantasy. 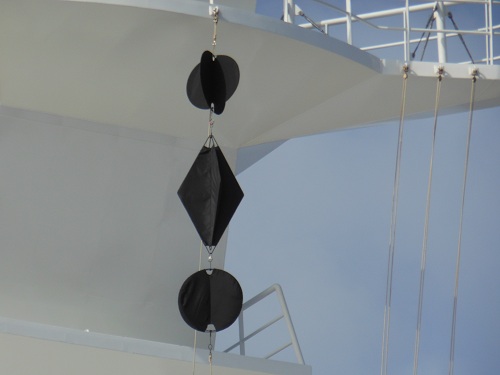 At precisely 4:30pm a Coast Guard HH-65 Dolphin helicopter approached the Fantasy from the south and circled the ship several times decreasing in altitude on each passing. Three black flags were raised on the forward section of the Fantasy in the shape of a circle, diamond and a circle. The front of the ship was closed and the teen pool covered and deck cleared. The helicopter approached from the port side of the ship and lowered one man onto the deck below. The helicopter continued to move in and out of view, but we could see the rescue stretcher lowered and raised, then a basket, and finally the Coast Guard crewman was brought back on board the chopper. 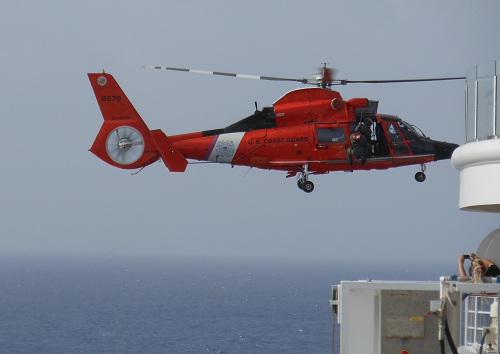 The entire operation lasted approximately 40 minutes. As the Coast Guard helicopter departed the Fantasy the ships horn sounded “When You Wish Upon a Star”. No information was provided by the captain or cast members as to the nature of the emergency. It was a proud moment to see our military in action. Our thoughts and prayers go out to the guest who departed our cruise prematurely.

Thank you to Jim for sharing that snapshot of a rarely seen occurrence. We hope the patient in question is doing well today. What is the worst medical emergency you’ve ever experienced while on vacation?