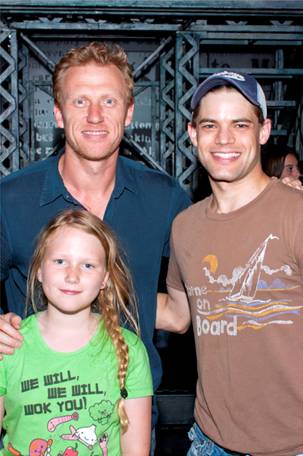 Kevin McKidd and his daughter, Iona, with Jeremy Jordan.

Trainspotting and Gray’s Anatomy actor Kevin McKidd, who happens to be from Elgin, Scotland, started his work on Pixar’s Brave more than four years ago. He was asked to provide the voices of both the Lord and young MacGuffin. When asked to make up some dialog for the incomprehensible younger MacGuffin, McKidd instead substituted a dialect of Scottish he grew up hearing from his grand parents. Read more about McKidd’s work on Brave in the Hollywood Reporter. (He’s very complimentary of John Lasseter.)

McKidd also visited another Disney property recently. He went to see Newsies The Musical and took some time to bring his daughter backstage to meet the cast. 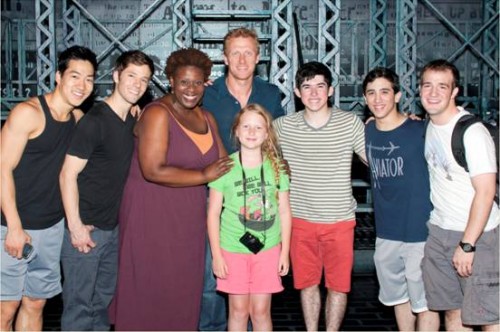 Both photos are by Timothy Eaker, courtesy Walt Disney Company.