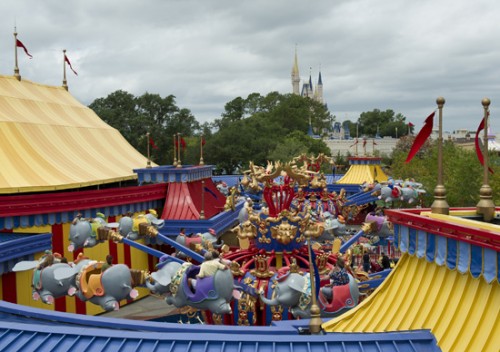 Yesterday the 2nd Dumbo spinner was up and running for a soft opening as this photo from Disney World’s Gene Duncan shows. The whole attraction, including the new indoor queue, is officially set to open in July sometime. 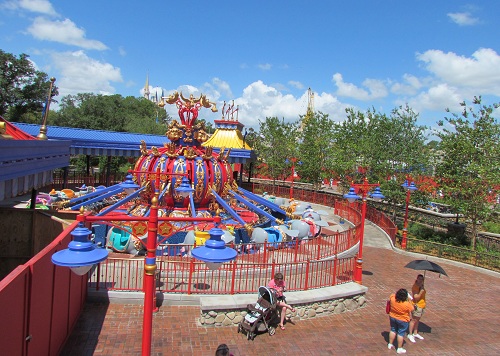 Last week Imagineering also returned Timothy Mouse to the attraction. When the Magic Kingdom decided to double the Dumbo attraction with a second spinner and a new interactive queue, it no longer made sense to have Timothy Mouse atop the ride as he had been before. Now he’s overseeing the whole attraction from his perch atop the attraction Marquee. He still spins and moves like he did atop the spinner, but he’s also more accessible to guests and makes for a great photo.

We also got a chance to see some more of the landscaping around the attraction, including this new stroller parking area…. 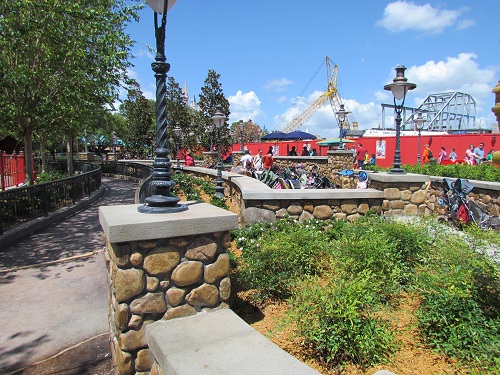 and the second ‘ticket booth’ that will mark the entrance for the Standby queue. 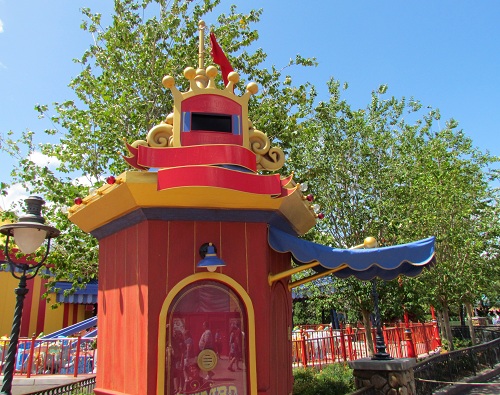 With Dumbo the Flying Elephant almost finished, we’re not waiting on the two tents to open. One will hold a store and the other a meet and greet. There is also a new structure being built that could be a rest and recharge station with some food and drinks plus a place to charge electronics, or it could house fast pass distribution for Storybook Circus, or both.