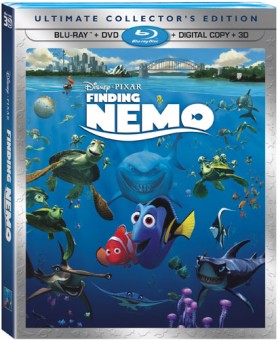 If you want to lock in what will most likely be the lowest price on a slew of upcoming Walt Disney Home Entertainment releases, act fast. Amazon has revealed $5-$8 coupons for seven upcoming Disney Blu-ray releases, including Finding Nemo (December 4, 2012), The Avengers (release date TBD, but expect late September-early October), and animated classics like Pocahontas 2-movie edition (August 21) and The Aristocats (also August 21). These coupons are on top of some already great discounts. So it’s a great deal.

You’ll want to hurry, though, as Amazon’s only offering these coupons until June 7th. After that, you’ll need to wait closer to the release date, when Disney Movie Rewards reveals their release week coupon.

The Rescuers: 35th Anniversary Edition (The Rescuers / The Rescuers Down Under) (Thee-Disc Blu-ray/DVD Combo in Blu-ray Packaging)

Which ones will you add to your Collection?