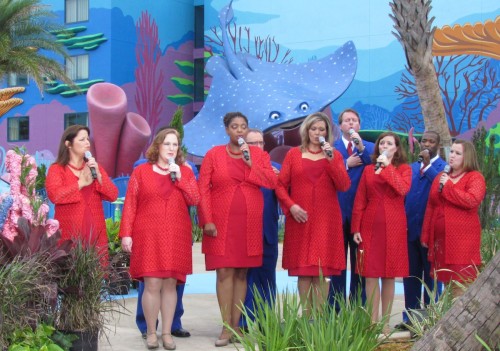 “These delightful stamps lift spirits and touch hearts and remind us that when it comes to connecting with loved ones, technology is no match for the mail,” said Jo Ann Feindt, Postal Service Southern Area vice president, in dedicating the stamps as part of the resort’s grand opening.

“We’re thrilled ‘to infinity and beyond’ that these popular characters from ‘Toy Story 2,’ ‘Finding Nemo’ and other great Disney•Pixar films are featured on these colorful new stamps,” said Ward. “This stamp issue will make posting a letter lots of fun for everyone in the family.” 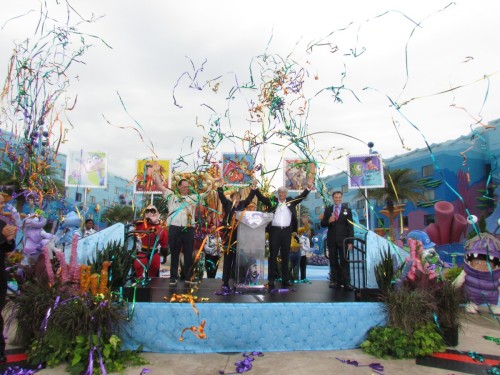 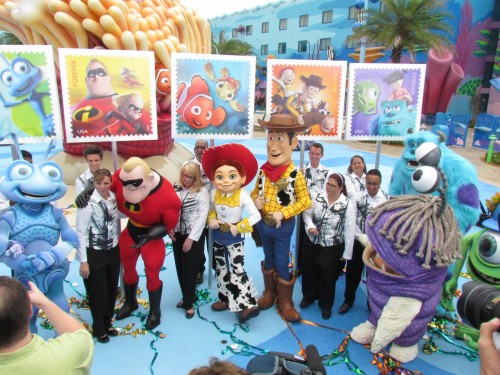 The back of the stamp sheet shows blue-pencil sketches of characters from these movies interspersed among text that exhorts readers to mail a smile to a loved one. Postal Service art director William Gicker of Washington, DC, worked with Disney•Pixar to design the stamp art.