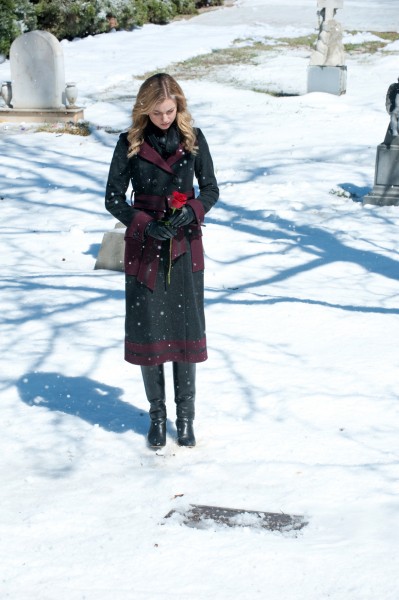 With only 3 episodes left after a rollercoaster of a season, I can hands down say that Wednesday’s Revenge is officially my favorite. Maybe it’s because many storylines exploded all over the place, the tension remained consistently high, or Josh Bowman as Daniel made me cry and hate him in a period of about five minutes.

Who am I kidding? It was definitely all three.

It’s snowing in the Hamptons and Declan is still the only one with any sense. But Jack is slowly beginning to catch on. How did HIS hoodie end up in Lee’s car? The Graysons MUST have something to do with it. Finally, he’s piecing this devious puzzle together. His first instinct is to warn Emily. It’s a cute gesture but laughable since she’s pretty aware of what happened and who the Graysons are. He never gets a chance to tell her “the truth” because Daniel interrupts with news. He’s coming home for good.

The people of the Hamptons are just as enraged with Daniel’s release as the people of Orlando were with Casey Anthony’s except he leaves jail in broad daylight. Someone has even written MURDERER on Emily’s car. Even if it seemed like the trial was wrapped up with a pretty (bloody) bow, the drama is far from over. All the newspapers are still running with the story, and Emily suggests that Daniel provide an interview to stop the chatter once and for all. 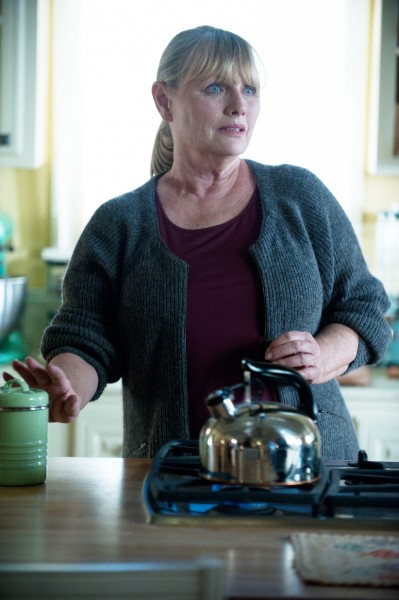 In the meantime, Emily has been busy rooting around to find the truth about her father’s death. In a rare moment of sisterly love, she stops in to check in on Charlotte, who also has the researching gene. Charlotte has articles and books about David Clarke scattered all over her bed, as well as a photo that Emily has never seen before. David in jail, on the day of his death. He doesn’t look like a monster, says Charlotte. As always, Emily sees what no one else does. Her father is writing in a journal that she doesn’t have, which means Nolan has kept a journal from her.

Despite his warnings, Emily swipes the journal from him anyway. We flashback to David talking about his many suspicions and how he knows his time is almost up, and we watch him get stabbed by a man in uniform at the jail. But now a new riddle: CM will provide proof. Who is CM? Thanks to the power of some Google-like contraption, we find out it’s Carol Ann Miller with a death date 2 days after David Clarke’s. Coincidence? No way.

Emily takes the next logical step by breaking into a hospital’s files and confirming the cause of Carol’s death with her doctor who lets it slip that Carol Thomas is living in Lancaster, PA. Off in Amish country, Carol is a quiet yet suspicious person who invites Emily into her home (disguised as a Homeland Security agent) for tea and then aims a shotgun at her back. We learn Carol was Conrad’s secretary and remains Nolan’s AUNT.

Nolan appears and tells Emily the story.After Nolan quits MIT and his dad kicks him out, he moved in with his aunt. He became close with David, Carol had been investigating the company and Conrad, noticed a strange man with white hair and blue eyes showing up at the worst possible times, and once they discovered what was really going on — they were too late. David had been killed. (But Nolan gets his aunt out of the office in time.) Nolan apologizes to Emily about his secrets. “This is bigger than me. This is my family.”

How can she not understand? She’s protecting her family too.

In less interesting corners of New York, Charlotte gets busted for drugs at school and is suspended thanks to an “anonymous” tip from Declan. If looks could kill, Declan would have been way dead when Charlotte accuses him of turning her in. For all his ridiculous actions in the past, you have to give it to the guy. He’s not with her now, and he’s not making Charlotte his biggest fan by doing what he is doing. But he knows what is right and is doing it anyway. Go Declan! Now cut your hair.

Dedicated viewers wondered how long it would be before Victoria unleashed a full out war with Conrad. Seems like it’s about that time. As long as she has significant protection, she is ready to not only get his company in trouble but also have him finally pay for his role in the terrorist attack that he pinned on David.

While I like we have finally gotten to this point… I wonder why now. To shift attention away from Daniel? Because Conrad ran her artist boy toy out of the city and only left her with that painting she can’t stop staring at?

If I could have screen captured Conrad’s face when he received the call from his office about this new investigation, I would have. It was priceless.

In the poolhouse, Daniel is visited by Jack who gives him back his cell phone from the night of the murder and admits to dragging Tyler’s body up the beach. Jack admits he doesn’t know who killed Tyler but feels Daniel owes it to Emily not to ignore the fact that his hoodie ended up in Lee’s car and now Lee is dead and Daniel is free.

So Daniel wants to make sure Emily is not having second thoughts. He’s asking a lot of intelligent questions. He tells her she agreed to do the interview the following day.

Daniel: My parents raised me to be a Grayson. To put my name before the truth.

Emily: This is your opportunity to separate yourself from your name.

Best scene of the evening: Daniel returns home to find Conrad, concerned and cradling hard liquor. He actually looks panicked. (“Our family is on the verge of absolute catastrophe.”) Daniel demands the truth from his father. Was the suicide note real? Please tell me you didn’t have him killed.

Probably the most emotional range (and sincere) I’ve seen on this show ever. Josh Bowman, I BOW to you. He’s crying when the reality of what happened is dawning on him.

Conrad decides to tell him the truth. The whole truth. And Emily is recording the entire thing.

Cut to the next day, there’s this moment where I felt like a whole new show was starting. Daniel is a smart guy, despite some mistakes he’s made. He loves Emily. He hates all of this drama and deceit. He asks Victoria about Lee and she won’t give him a straight answer. Won’t tell him the truth.

And instead of telling the truth to the whole world via the television. Daniel gives a polished speech about how his dad is the victim of a “witchhunt” and he will stand behind him because you know, it’s his company too.

I felt just as disappointed as Emily did. Maybe more so.

Part of me hopes that Daniel is concocting his own revenge plan and this is just step one. Because if that’s not what is happening here, this show is just full of the biggest idiots I have ever seen.

So the search continues for the white-haired man who killed her father. Emily proclaims she will marry Daniel, even though she makes it sound as exciting as a trip to the gallows. And in small news, Nolan is now paying for Declan’s education and Ashley lost out on her job with Daniel’s lawyer because of the photos she leaked but is now the owner of a shiny new Lexus and Conrad’s right hand lady.